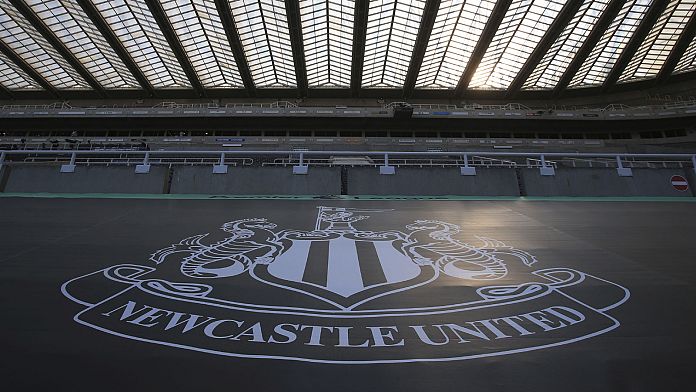 Scenes of jubilation in Newcastle. The Magpies club, which plays in the English Premier League was bought this Thursday by a Saudi fund to the delight of its supporters. Dozens of them celebrated the news outside St James” Park with the hope that their club would once again become a stronghold of European football.

“We have known more than 14 years of Mike Ashley (the former owner of Newcastle United, editor’s note)” explains another Magpies supporter. “I think it’s well deserved. We are very excited, as you can see. Champagne is flowing; , it’s like New Year’s Eve in Newcastle tonight. It’s amazing“, he adds.

This takeover by the Saudi fund has however been pointed out by Amnesty International who describes the human rights situation as “disastrous“in this country led by Mohammed bin Salman.

“We have always said that this takeover of Newcastle and St James’s Park by a Saudi fund is much more a question of image management for Mohammed bin Salman and his government than a question of football“, explains Felix Jakens, Amnesty International’s head of campaigns. He adds: “We know that the situation is on alternating current. While there have been some very minor changes in the human rights situation in Saudi Arabia, overall the situation continues to worsen.“

Newcastle’s new owner, PCP Capital Partners, has assured the Premier League that neither Mohammed bin Salman nor the Saudi state will have control over the management of the club.

“We are extremely proud to become the new owners of Newcastle United, one of the most famous clubs in English football“, congratulated the boss of the Saudi fund, Yasir Al-Rumayyan, in a statement.

The Saudis had already tried to acquire the Magpies in the summer of 2020, without success, handicapped by the personality of the crown prince, accused of multiple human rights abuses. So the second attempt was the right one.

The sale, which amounts to about 300 million pounds (333 million euros) according to the British media, represents a “long-term investment“according to PCP Capital Partners Managing Director Amanda Staveley, who adds aim”major trophies“.

Newcastle thus enters the circle of clubs dependent on the immense fortunes of the Gulf countries, after the passage under the Emirati flag of Manchester City in 2008 and the acquisition of Paris Saint-Germain by the Qatari investment fund QSI in 2011.