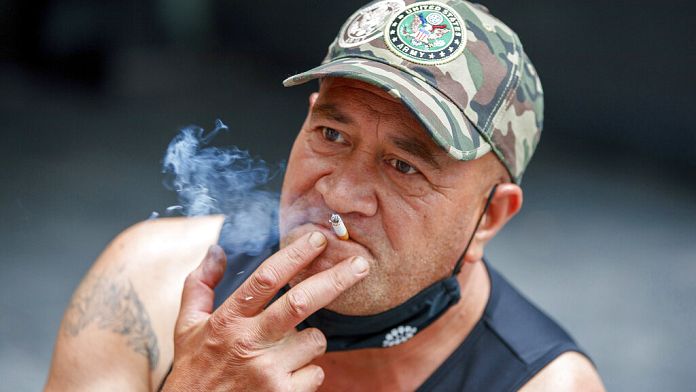 New Zealand on Thursday announced a plan to gradually raise the age at which tobacco can be bought. This formula aims in the long term to ban the sale of tobacco.

Smoking in New Zealand: it will get more and more complicated!

Currently, regulations in force prohibit New Zealanders under the age of 18 from purchasing tobacco.

However, from 2027, this age limit will increase byone year every year, said Minister of Health Ayesha Verrall.

“We want to make sure people never start smoking … as they age, they and future generations will never be able to legally buy tobacco“she said.
The minister clarified that the government will adopt a law also aimed at restrict the number of places that can sell tobacco and only authorize products containing a low level of nicotine, in order to reduce the risk of dependence.

“A historic day for health”

Ms Verrall stressed that these measures will allow New Zealand to maintain its role as a world leader in tobacco control. This is evidenced by decisions taken in the past:

“It is a historic day for the health of our population“, she estimated.

Smoking, the cause of one in four cancers, remains the leading cause of preventable death in New Zealand.

The pressure group Action on Smoking and Health (ASH) welcomed the announcements.
“This set of complementary measures will be envied by countries fighting against death and misery caused by smoked tobacco.“said Robert Beaglehole, president of ASH.”We will be at the forefront of tobacco control around the world“, he underlined.

The tobacco manufacturer British American Tobacco New Zealand, for its part, considered that these measures were “untested, unfounded and without any scientific proof of their effectiveness“.
“The consequences are in fact a progressive ban, which only pushes for the sale (of tobacco) on the black market.“he said in a statement.

USA: many protests for abortion rights