Announced as almost settled after the shattering interview of the Cambodian prince Norodom Ravichak on RFI, the sale of the ASSE seems to have taken lead in the wing since the last days. The explanation for this cooling in this folder fell.

Romeyer and Caiazzo invited to pass the hand to the ASSE

The Sunday Newspaper interested in the repurchase file of theAS Saint-Étienne in its edition of the day. In an article for the prosecution, the sports media went to meet observers, managers and alumni of the Saint-Etienne club. They are unanimous on the subject: it is time for Roland Romeyer and Bernard Caiazzo to pass the hand.

According to them, the two current owners of the ASSE are downright overwhelmed by events and are therefore no longer able to run the historic club. Former player of the Greens (1968-1978, Patrick Revelli does not even take gloves and throws at the co-chairs of AS Saint-Étienne : “when you are no longer able to manage a business, it is better to sell it. » Corn Roland Romeyer and Bernard Caiazzo do they really want to sell? 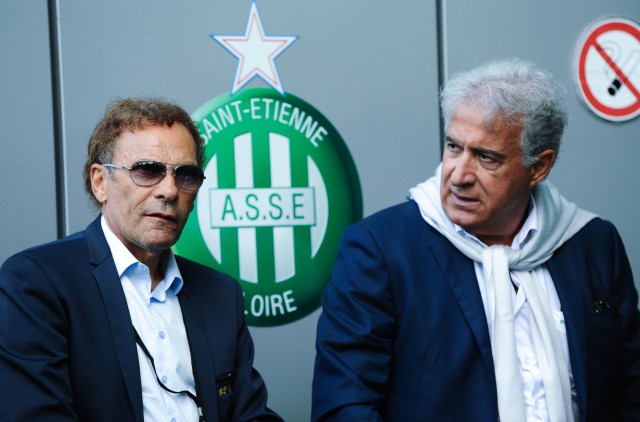 While the sales process was well underway a few weeks ago, Bernard Caiazzo and Roland Romeyer do not seem to have agreed yet on the identity of the future buyer of AS Saint-Étienne. Indeed, the JDD confirms that candidates for the purchase of the stable of Saint-Étienne are jostling at the doors of KPMG, responsible for conducting the file, and four projects are already on the table in order to take over the ASSE.

But nothing has been done yet, not least because of the complications due to the differences between the current bosses. Régis Juanico, the deputy of the Loire, drops on this subject : “they don’t have the same point of view. Caiazzo leans for an investment fund or a wealthy buyer, Romeyer for regional entrepreneurs attached to the values of the club. » Le Journal Du Dimanche explains that following the conviction of his co-perpetrator, Joao Carvalho, Romeyer saw half of his 44% confiscated by the courts.

And it is this situation that currently blocks the sale of the club. An argument that goes wrong with a former employee of the club. “They always have a good reason not to sell, each having his own. It reminds me of Marseille and Bordeaux. By dint of saying that we want to ensure the sustainability of the club, we sink into a spiral. And when you’re at the end of the line, you just sell to the highest bidder. This is the evil of French football, all these leaders who have trouble turning the page, it ends up damaging the brand “, he told the weekly media.