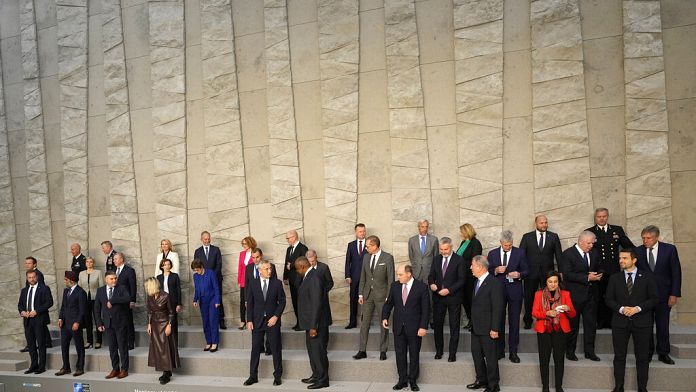 Nato on Thursday displayed its unity, despite the dissension caused by the Afghan disaster, and decided to withdraw its forces and strengthen its means to protect itself from threats from Russia and China with the adoption of new defense plans by the Alliance”s ministers.

“The atmosphere was good and we had a great chat“, assured the boss of Nato, the Norwegian Jens Stoltenberg, during his report of the first day of the meeting of the Defense ministers of the Alliance.

“This was the first opportunity given to ministers to discuss the problems with the withdrawal from Afghanistan (completed on 31 August) and the challenges” that the country faces, he said.

The fiasco of the Nato mission in Afghanistan confirmed the willingness of the allies to refocus on the defense of their territory in Europe and North America.

“A transformation is underway. We have significantly reduced the deployment of missions outside Alliance territories and are strengthening collective defence“, had explained Wednesday Jens Stoltenberg.

“The goal is to have the right strengths in the right places at the right time“, he stressed.

The meeting began at 13h (11h GMT) after the arrival of Pentagon chief Lloyd Austin and will continue on Friday with debates devoted to ties with the European Union.

A difficult discussion is expected on the willingness of some countries, especially France, to acquire a capacity for autonomous military action when the Alliance cannot or does not want to engage.

“Europeans’ efforts to strengthen the responsiveness of their forces and build up additional capabilities are welcome if they provide added value and are available for NATO missions,” stressed Jens Stoltenberg.

The modernization of the arsenals of Russia and China, two countries that acquire hypersonic missiles, invest in space and are accused of engaging in cyber attacks against Western interests, are pushing for this defensive repositioning, he said.

“Allies are becoming more aware of the importance of resilience because of the vulnerability of supply chains“, he stressed.

“We must strengthen our technological advantage with the resources of the new $1 billion security innovation fund and with the strategy for artificial intelligence“, he explained.

“We sometimes have disputes, disagreements, but the Allies have shown that they continue to be united“, he said.

Several countries have openly criticized the agreement between Washington and the Taliban government and the US refusal to delay the departure of Allied troops to facilitate the exfiltration of Afghan collaborators.

Jens Stoltenberg had called for overcoming differences to avoid dissension between the United States and the Europeans.

“The mission in Afghanistan was not a failure“, he argued. “But the way in which the withdrawal consultation was organised beforehand was not satisfactory“, denounce many allies.

The Europeans intend to hold the US minister and the Nato Secretary General to account, whose term ends at the end of September 2022.

“No consultation was held on the implementation of the withdrawal decision, no timetable was discussed, the Secretary-General and his deputy were on holiday at the same time during the withdrawal“, denounced a European diplomat.

“U.S. leadership is questioned“, warned the representative of a European country.

Lloyd Austin said he was ready to talk about the “lessons learned“from the fiasco in Afghanistan, with the swift return to power of the Taliban after the collapse of the armed forces formed by the Nato Resolute Support mission.

Afghanistan: at least 32 dead and 53 injured after explosions at Shiite mosque