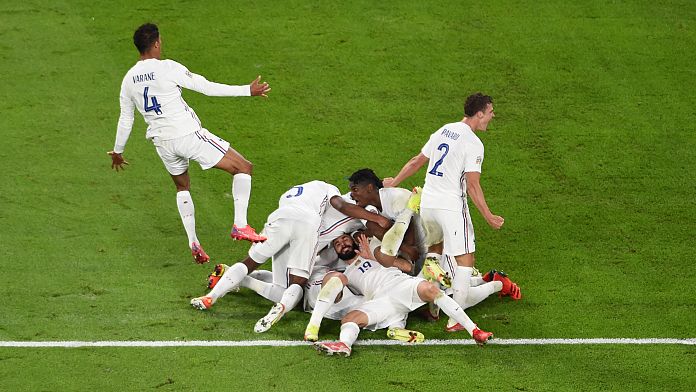 What a match! The French team qualified for the Nations” League final on Thursday night by beating Belgium, in Turin, Italy, with a score of 3-2. The poster already looked great on paper and the 22 actors delivered an impressive performance. Without a doubt one of the most beautiful international meetings of recent years.

The Red Devils held their revenge on the Blues, finally forgetting their bitter defeat in the semi-finals of the 2018 World Cup. Or at least, that was what Roberto Martinez’s men had to say to themselves after winning the locker room at the end of the first half. The Belgians led 2-0 after two sumptuous goals from Yannick Carrasco, in the 37th minute, and a Romelu Lukaku from the big nights (41e).

But lo and behold, Didier Deschamps’ players sounded the revolt when they returned to the field. The world champions have gradually renewed their delay on the team n°1 of the Fifa ranking with the way.

Karim Benzema scored the first French goal with a powerful shot, against a Belgian wall in the penalty area, in the 62nd, after being served by Kylian Mbappé who had eliminated two defenders thanks to chained dribbles of which he has the secret.

A few minutes later (69e), the French returned to the tie after a penalty converted by Mbappé, following a foul in the box on Antoine Griezmann validated by the video referee.

The end of the game was going to be epic and it was. The Red Devils thought they had folded in the 87th after a second goal from Lukaku. But, Chelsea’s serial-scorer was flagged offside.

And it was the Blues who won at the end, in stoppage time. Thibaut Courtois, the Belgian goalkeeper, could do nothing with a clear shot at the back post by Theo Hernandez, who was celebrating his second selection.

The tricolores now have an appointment with Spain this Sunday in Milan to play in the final of this second edition of the Nations League, with, we hope, a match of such a great bill as this France-Belgium.