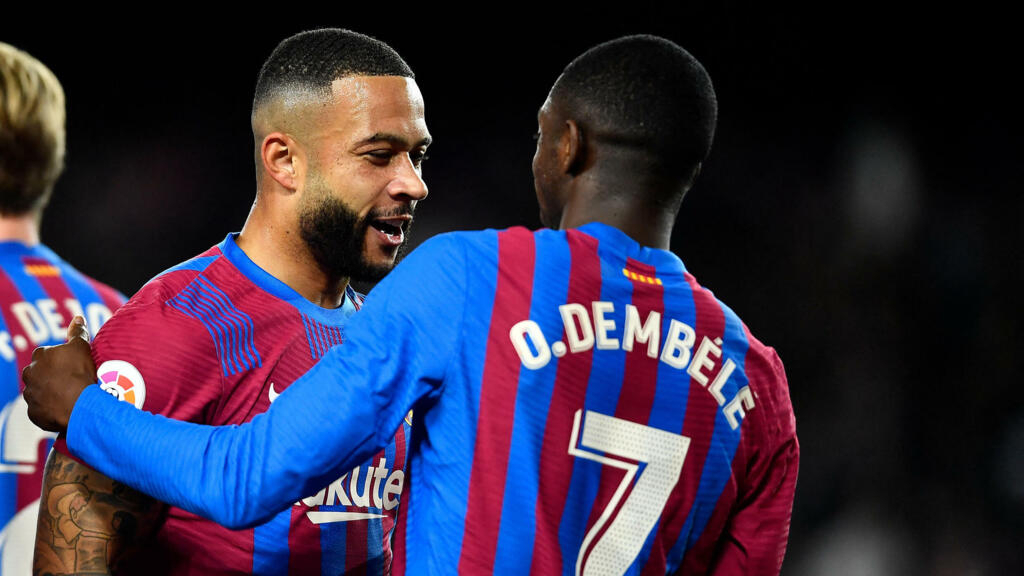 By beating Lyon at home (1-0), Lille got back into the race for Europe in Ligue 1. In Italy, Naples took advantage of AC Milan’s misstep to take the lead in the championship while in England, Liverpool won the League Cup on penalties against Chelsea.

Lille, winner in Lyon (1-0) on Sunday February 27, moved back to the top of the French championship standings, while Marseille lost important points for the podium in Troyes (1-1). Losc, who had won only one of their last five matcheswas invited back to the table of candidates for qualifying places for the European cups by dominating a direct adversary.

Lille made the difference thanks to Gabriel Gudmundsson (35th), against an OL they are starting to particularly appreciate: Lyon have not beaten Lille in Ligue 1 since 2016! The Rhodaniens ended the match in anger, exasperated by the cancellation by video arbitration (VAR) of an equalizing goal that Lucas Paqueta thought he had scored in the last minutes.

Yes Marseilles, 2nd, is still eight points ahead of the Northerners, the gap is closing. Because after the home defeat against Clermont last week (2-0), OM continued to waste points.

On Saturday, the players of Paris SG and Saint-Étienne posed behind a banner asking for “peace for all”, before the Parisian victory (3-1), which allowed the capital club to escape in the lead, 15 points ahead of Marseille, and 16 ahead of Nice.

Liga: Dembélé turns the public around and carries Barça

Thanks to Ousmane Dembélé, FC Barcelona crunched Athletic Bilbao 4-0 on Sunday for the 26th day of La Liga, and continues its rise in the standings to come back to nine points behind Sevilla FC (2nd, 54 pts), winner of the Andalusian derby against Betis 2-1.

The Catalans opened the scoring thanks to a recovery from the right of Pierre-Emerick Aubameyang after a header from Gerard Piqué which hit the crossbar (37th), then doubled the lead in the second period thanks to a powerful shot from the left of Dembélé (73rd), before sealing their victory thanks to two goals from the Dutch Luuk de Jong and Memphis Depay at the very end of the match (90th, 90th + 4). Whistled by Camp Nou when he entered the game in place of Ferran Torres (67th), “Dembouz” once again transformed the boos into applause with his goal.

In the boiling Seville “Grand derby” between the 2nd and 3rd of the championship at the Sanchez-Pizjuan stadium, Sevilla FC won the bet against Betis, taking their revenge on the meeting in the King’s Cup a month earlier. This setback, which also put an unwelcome brake on Betis, who had an impeccable start to the year 2021 with nine wins, two draws and only one defeat in their last 12 matches.

Earlier in the afternoon, Villarreal, who came out of a draw against Juventus on Tuesday in the round of 16 first leg of C1, crushed Espanyol Barcelona 5-1 thanks to a stratospheric Yeremi Pino. The 19-year-old Spanish international became the first player in Villarreal history to score a La Liga hat-trick, and only the second in modern Spanish league history (after Santi Mina with Celta Vigo in 2015, the previous four date from before 1948).

On the side of Madrid, Real and Atlético defeated their opponents, respectively Rayo Vallecano (1-0) and Celta Vigo (2-0).

Dortmund is not keeping up: hung 1-1 at the poorly ranked Augsburg, Borussia is now eight points behind Bayern, while Leipzig, carried by its striker Christopher Nkunku, defended its fourth place in extremis.

No spectacular collapse for Dortmund this time, a week after their 6-0 victory against Mönchengladach, but an inability to give the necessary boost to kill the match when it was possible, at the start of the second period.

Thorgan Hazard, Eden’s brother, opened the scoring for Borussia in Augsburg after a spectacular slalom on the right of the defense, and a low cross shot (1-0, 35th). But Noah Sarenren Bazee equalized (1-1, 78th) after confused action in the BVB box.

With this new setback from Dortmund, Bayern (winner 1-0 on Saturday in Frankfurt), is therefore heading more than ever towards a tenth consecutive title. Third and fourth, Leverkusen and Leipzig, are pushed back to 14 and 18 points respectively.

In Leipzig, the man of the season is called Christopher Nkunku. The French trained at Paris SG scored the only goal of the match in Bochum on Sunday. These three points are precious, since they allow RB to keep their fourth place, synonymous with the Champions League, thanks to a better goal difference over Friborg and Hoffenheim.

Serie A: Napoli take the lead

Eliminated Thursday from the Europa League, Naples carried out the good operation of the 27th day of the Italian championship on Sunday by going to win 2 goals to 1 at the Olympic stadium in Rome against Lazio to seize first place, to tied on points with AC Milan. Two teams which will also be opposed in a match at the top during the next day.

Neapolitan captain Lorenzo Insigne opened the scoring in the 62nd minute, his seventh of the Serie A season, with a shot low to the post from outside the area. Then Lazio equalized by the Spaniard Pedro with a clear recovery with the left foot that David Ospina could only touch (88th), but another Spaniard, from Naples that one, Fabian Ruiz, scored the goal of the victory after additional time, with a curled shot from the left close to the post, on a pass from Insigne (90 + 4).

Luciano Spalletti’s team take advantage AC Milan misstepshooked at home by Udinese on Friday (1-1), and Inter (which also drew on Friday, on the ground of Genoa (0-0).

Napoli are ahead of Milan on goal difference (+30 against +24). Inter follow two lengths but have one game less, and Juventus (4th) seven after their 3-2 victory at Empoli on Saturday.

Winner at Everton (1-0), Manchester City takes its distance with Liverpool in the lead. A goal eight minutes from the end of regulation time scored by Phil Foden, allowed Manchester City to double its lead over Liverpool, who were not playing not this week, busy winning the League Cup by beating Chelsea on penalties (0-0, 11-10 after tab).

By beating Wolverhampton (1-0), one of its rivals, West Ham has returned to a very open Champions League race in England. With 45 points, the Londoners are 5th, in the wake of Manchester United (which drew 0-0), 4th and last virtual qualifier for the C1, which has two more.

But both teams can keep a worried eye on the rear view mirror: Arsenal (6th with 45 points) are three games behind and Tottenham (7th with 42) are two.

After three years of honeymoon and a few more difficult months, Leeds decided to part ways with Marcelo Bielsa who had brought them back to the top flight after 16 years in purgatory, the inflexible Argentine failing to rectify a situation delicate. With one point taken and 21 goals conceded in six matches, Leeds, 16th with 23 points, is only two steps ahead of the red zone.

Thank you Marcelo for everything you have done for me.

You saw in me what I didn’t even see in myself. You helped me grow as a player but most importantly as a person.

Wishing you all the best in your next chapter.

CAN 2022: “great matches” hampered by a “quite disappointing level of disorganization”

the Winter Games open in Beijing in a freezing climate