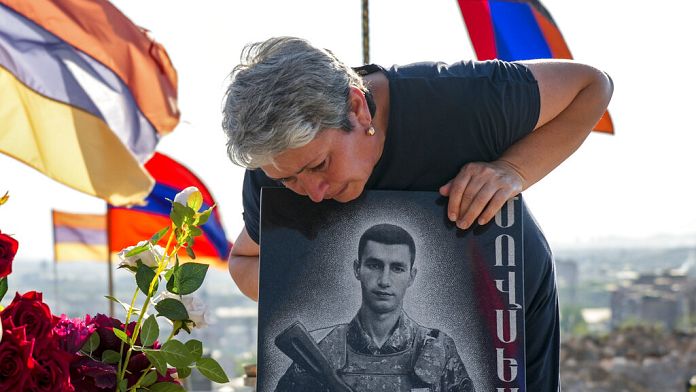 Armenian and Azerbaijani leaders are due to meet on Wednesday April 6 in Brussels around the President of the European Council Charles Michel, in the hope of organizing peace talks.

Baku did not immediately confirm the holding of this summit, but the European Union indicated in a press release that senior officials from the two countries had met on Wednesday in Brussels to prepare for the meeting.

This announcement comes as tension has escalated in the Nagorno-Karabakh region (Self-proclaimed Republic of Artsakh in Armenian).

Moscow and Yerevan accuse Baku of violating the ceasefire

The territory has been secured since the end of the war in November 2020 by Russian peacekeeping forces made up of 2,000 men. But on March 24, Azerbaijani troops crossed the line of contact, taking up positions in the vicinity of the village of Parukh.

Russia and Armenia have denounced a violation of the ceasefire, Moscow accusing the Azerbaijani army of having occupied the locality and of having used attack drones. Three Armenian soldiers were killed, according to Yerevan.

For its part, the United States said deeply concerned about Azerbaijan’s troop movements.

Armenia further accused Baku of deliberately shutting off gas to Nagorno-Karabakh for much of March, preventing the population from keeping warm despite wintry weather. A practice denounced by several NGOs.

On the spot, Anahit Grigoryan, recounts the arrival of the Azerbaijani troops:

“The enemy came and tried to enter our village. First they asked us to leave the area with loudspeakers: “__You are on the territory of Azerbaijan, if you think about the lives of your children, obey our laws“” says this mother, now a refugee in a neighboring village.

Baku would benefit from the Russian bogging down in Ukraine

Azerbaijan considers the whole of Nagorno-Karabakh as part of its territory. In the Parukh area, the Russian Defense Ministry announced that Azeri forces had withdrawn. But Baku denied this information, standing up to Moscow and insisting on its sovereignty.

According to specialists in the region, Russia’s stalemate in Ukraine is seen by Azerbaijan as an opportunity to maintain pressure on these forces of peace.

Armenia has asked Russia to put an end to Azerbaijani provocations, Yerevan citing a risk of ethnic cleansing.

On the spot, the Armenian populations even come to doubt Russia’s ability to bring about peace. In the capital of the self-declared republic, Stepanakert, a woman says that “nobody cares about us“.

Populated mainly by Armenians, the mountainous region of Nagorno-Karabakh was unilaterally attached to the Soviet Socialist Republic of Azerbaijan in 1921. When the USSR collapsed, the territory declared its independence, leading to a first war in the 1990s won by the Armenian forces, which caused the death of several thousand people.

The second conflict launched in the fall of 2020 by Baku with the support of Turkey, to regain control of the region, killed some 6,500 people.

The latter ended in a crushing defeat for Armenia, forced to cede to Azerbaijan part of Nagorno-Karabakh and three regions forming a glacis around the territory.

In accordance with the ceasefire agreement signed in 2020, the Russian contingent is supposed to stay there for five years. In this context, Yerevan and Baku fail to agree on a peace treaty, the question of the status of Nagorno-Karabakh being a red line for each of the parties.