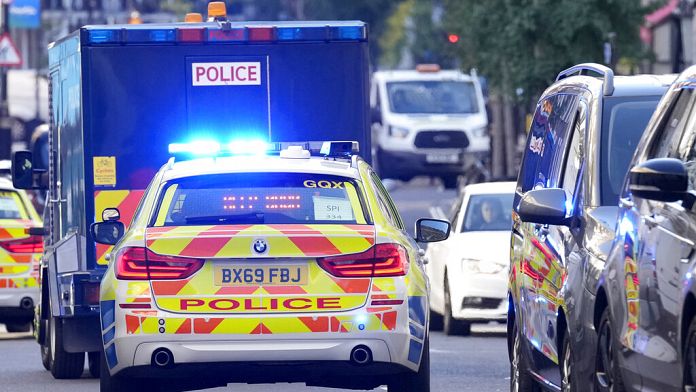 Almost a week after the British MP”s death David Amess, stabbed, the suspect was charged with murder and preparation of terrorist acts and then jailed on Thursday, the prosecutor’s office evoking “both religious and ideological motivations”.

Ali Harbi Ali, a 25-year-old British man of Somali origin, appeared before a judge at Westminster Magistrates’ Court in London on Thursday. Dressed in a gray tracksuit and thick-framed glasses, the suspect spoke only to confirm his name, age and address, during a brief hearing lasting a dozen minutes.

David Amess, a 69-year-old Conservative MP and father of five, was stabbed to death last Friday while talking to his constituents at a Methodist church in Leigh-on-Sea, about 60 kilometres east of London.

The death of this Westminster figure, MP since 1983 renowned for his great kindness praised including by his political opponents, has shaken the country, recalling the trauma of the murder of the Labour MP Jo Cox in June 2016 by a right-wing extremist.

On the evening of the death of the MP, a devout Catholic and staunch Brexiter, the police had “a potential motivation linked to Islamist extremism”.

The UK has seen several Jihadist knife attacks in recent years, some claimed by the Islamic state group. No claims have been made public since the death of David Amess.

Arrested on the spot, the suspect had according to British media briefly followed an anti-radicalization program, without being considered at risk by the security services.

Born in London, he grew up there and attended a Christian school in the south of the capital, according to media reports.

Her father Harbi Ali Kullane, former adviser to the Somali Prime Minister, had confirmed on Sunday that his son was in detention and said “traumatize”.

His motives remain unknown and police on Thursday called for patience.

“I understand the interest around these questions, and of course they are part of our investigation”, stressed to the press an official of the Metropolitan Police, Matt Jukes. “However, now that charges have been brought, we will not provide further information”, he added, calling for the “restraint”.

According to the Times, investigators are examining, among the considered leads, the deputy’s links with the State of Qatar. The elected was chairman of the parliamentary group transpartisan on relations between the United Kingdom and Qatar and his last visit to the country took place in October.

According to other media reports, however, the suspect had considered killing other deputies.

One of his friends, quoted by the tabloid The Sun, said he had “completely radicalized on the internet” and admired the preacher Anjem Choudary, figure of the radical Islamist movement in London.

The tragedy has prompted calls to strengthen the security of elected officials and to soothe an electric political debate in recent years, and especially since the exchanges around Brexit.

Several mps testified that they had received death threats that made them, for some, consider leaving politics.

Domestic intelligence estimates “substantial” the level of threat to deputies, said the Minister of the Interior Priti Patel Wednesday evening, ensuring that the security forces would adapt their procedures to suit.