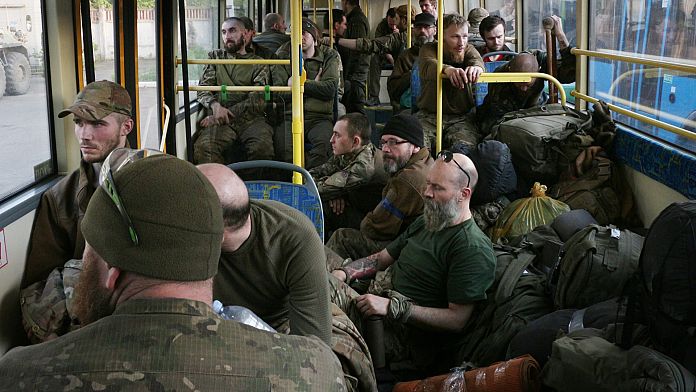 The Russian Ministry of Defense announced on Wednesday that 959 Ukrainian soldiers, holed up on the Azovstal steel site in Mariupol, have surrendered since Monday.

“In the past 24 hours, 694 fighters, including 29 wounded, have surrendered. Since May 16, 959 combatants, including 80 wounded, have become prisoners“, indicated the ministry in a press release published on its social networks.

According to the same source, 51 of them were hospitalized in Novoazovsk, a locality under the control of the Russians and their separatist allies.

The ministry gave no indication as to what fate it reserved for these prisoners, while the Russian authorities have repeatedly indicated that they do not consider at least some of them as soldiers but as combatants neo-Nazis.

The Ukrainian authorities want to organize an exchange of prisoners of war.

These Ukrainian fighters were entrenched in the underground galleries of the huge Azovstal steelworks, becoming an international symbol of resistance to the Russian offensive launched on February 24.

The strategic port of Mariupol, where the industrial site is located, was completely ravaged by the fighting.