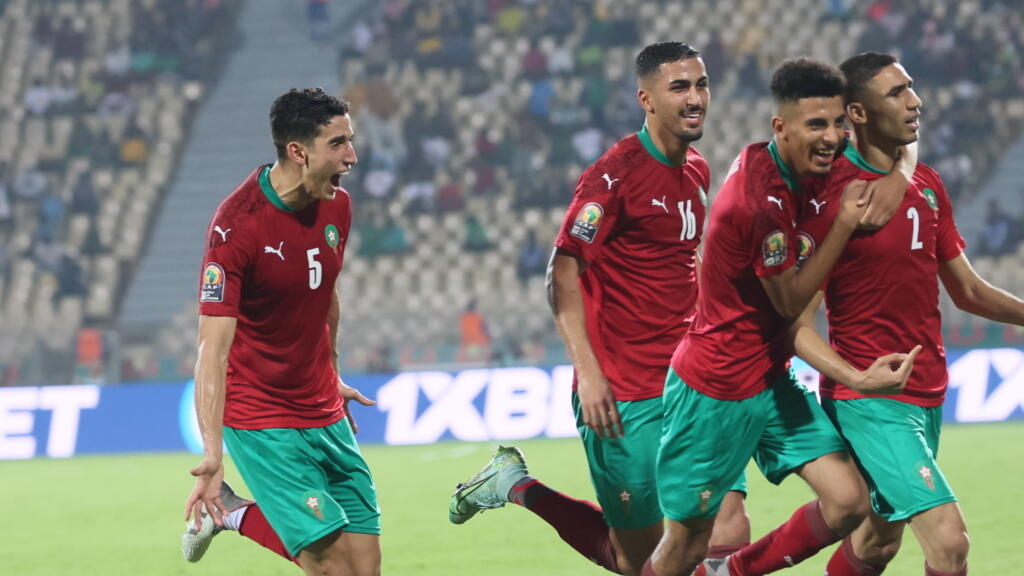 The Moroccans made up for their average performance in the first leg (1-1) by beating the Democratic Republic of Congo 4-1 in Casablanca on March 29. The Atlas Lions are the 4th qualifiers in the African qualifiers for the 2022 FIFA World Cup.

Morocco will have given something to sing to its supporters. From the outset, Vahid Halilhodžić’s players multiplied the chances and the Leopards were quickly mistreated.

In the 20th minute, the Atlas Lions finally opened the scoring with a curling shot from outside the box by midfielder Azzedine Ounahi. Kiassumbua cannot touch the ball and Morocco opens the scoring.

The scares continue for the Atlas Lions. In the 29th minute, Moroccan goalkeeper Yassine Bounou fell, his arcade open, after a head-to-head with Congolese defender Christian Luyindama. The Moroccan goalkeeper remains on the ground for 8 minutes then gets up after a few stitches and a bandage around his head, under the cries of support from Stade Mohammed-V.

But in the 41st, Yassine Bounou, clearing a ball from the head, hit the Congolese striker Cédric Bakambu. Bounou gets up, staggers and falls again. The Sevilla FC goalkeeper is escorted off the pitch to the applause of the Moroccan public. The Atlas Lions lose their second player of the half after the injury in the 5th minute of defender Jawad El-Yamiq, hit in the leg. Munir Mohamedi, substitute goalkeeper with 42 selections, comes into play.

Following the long interruption of the match on Bounou’s injury, the referee signals 12 minutes of added time. The Leopards, well behind in ball possession (32% against 68% for Morocco), offered themselves two opportunities, without being able to materialize.

In the 6th minute of additional time of this first period, Congolese defender Christian Luyindama was surprised by a long header from Morocco. Tarik Tissoudali finds himself alone against Kiassumbua and manages to slip the ball between the legs of the Congolese goalkeeper. Morocco is jubilant and Tissoudali almost adds to the score in the 11th minute of extra time on a deep pass that is too long, finally captured by Kiassumbua.

The 3-0 ball will finally come in the 54th minute. Faced with Leopards who have not stopped suffering since the start of the game, Tarik Tissoudali serves Azzedine Ounahi who scores twice thanks to a cross shot.

The Leopards try to reduce the score (Aguerd 60th, Kakuta 62nd) but fail to score. Achraf Hakimi definitely extinguishes all Congolese hope with a cross shot that goes over Kiassumbua’s leg.

The DRC finally manages to score in the 78th minute and save their honor. Malango controls from the chest before taking a ball back from the right which ends up in the right corner. But it’s far from enough for Hector Cuper’s men, who will have spent the evening colliding with the Moroccan wall. The Atlas Lions win their 6th participation in the World Cup.

At the end of the suspense, the Los Angeles Rams offer themselves a second Super Bowl