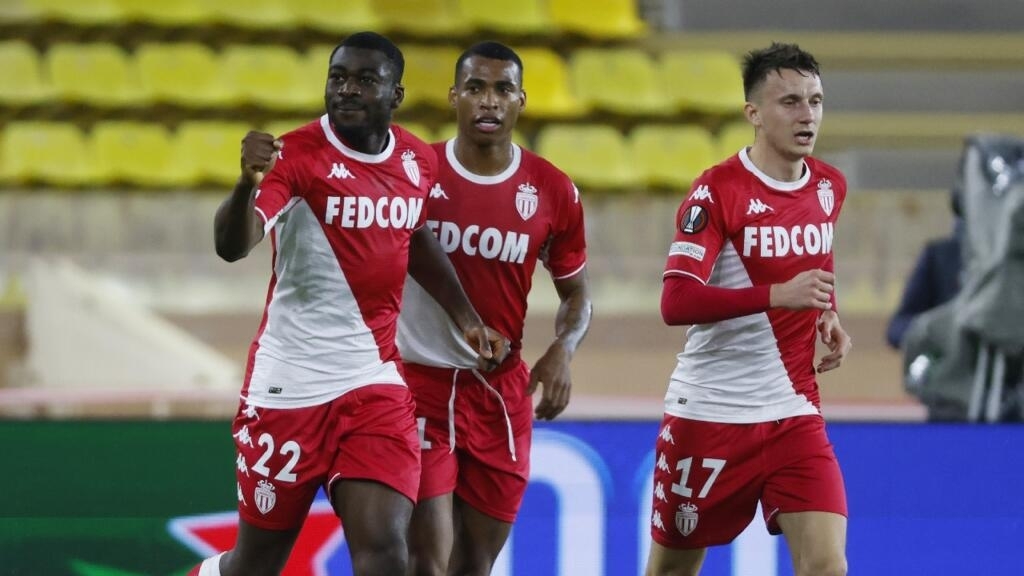 By disposing of Real Sociedad (2-1) after a serious match at Louis-II on Thursday, AS Monaco validated their ticket for the knockout stages of the Europa League. The Monegasques join the Lyonnais, already qualified and victorious also on the ground of Brondby (3-1). In the Europa League Conference, Rennes will also see the round of 16 after its draw against Vitesse Arnhem (3-3).

Two goals from Kevin Volland (28e) and Youssouf Fofana (38e), very visible against Real Sociedad but excluded at the end of the match for a stupid foul, allowed Monaco to secure first place in Group B of the Europa League, Thursday November 25. The Spanish visitors had meanwhile equalized through Alexander Isak (35e).

However, insufficient to prevent the players of the Rock from garnering a third victory in this group stage. Even before the last day, they qualify for the rest of the competition and reassure themselves after a series of frustrating results in Ligue 1.

The victory is achieved.
The qualification is validated.
The first place is for us.


Five out of five for Olympique Lyonnais

At the same time, traveling to Denmark, the Lyonnais were led 1-0 after the opening of the score signed Mikael Uhre (51e), but this uncomfortable situation did not last long. Rayan Cherki, by opening his European counter with a double in less than ten minutes (57e, 66e), put OL back on the right path, before Islam Slimani closed the brand in style (76e), among courageous but limited Danes.

With five wins in five matches, the Gones largely dominate group A and calmly prepare for their last meeting against the Rangers. In February, it will be time to move on to the round of 16.

👊 5th success in 5 matches for the #TeamOL in @EuropaLeague ! #BIFOL

By achieving a second period of better quality, our Lyonnais continue their flawless European Cup this season by winning 3 goals to 1! 💪🔴🔵

Next meeting against the MHSC on Sunday in the league 🔜 pic.twitter.com/Yutgfaz3Mf


Earlier in the evening, Marseille had lost all hope of qualifying losing in Turkey against Galatasaray (4-2), despite a double from Arkadiusz Milik. After four draws in four matches, Jorge Sampaoli’s side finally fell to Galatasaray.

As Lazio Rome won easily in Russia, at Lokomotiv Moscow (3-0), the first place in this group E will be played between the Italians and the Turks, on the last day. For OM, the new objective is now to beat Moscow at the beginning of December, at the Vélodrome, then to win a jump-off to play the final phase of the Europa Conference League, at a level a priori more compatible with Marseille’s potential this season.

In addition, West Ham, who won in Vienna (2-0), and Bayer Leverkusen, winner of Celtic Glasgow (3-2), secured their ticket for the 8es final. On the other hand, nothing is played at all in Group C, where four teams stand in two points, from Leicester to Legia Warsaw via Spartak Moscow and Naples. Comparable situation in Group F, with three teams in two points, the Red Star of Belgrade, the Portuguese of Braga and the surprising Danes of Midtjylland.

Rennes spoils but passes in the Europa League Conference

The Rennais will not need to play a jump-off this winter: their 12e back-to-back unbeaten match was a prolific draw (3-3) at Roazhon Park, against Dutch Vitesse Arnhem.

Bruno Genesio’s men led 2-1 then 3-1 thanks to an untenable Gaëtan Laborde, author of a hat-trick (9e, 39e, 69e). But the Bretons let the Dutch come back. They are still qualified directly for the 8es of the final thanks to the defeat of Tottenham against the Slovenes of Mura (2-1). Antonio Conte’s Spurs, second in group G tied on points with Vitesse Arnhem, will therefore have to go through a dam against a third group in the Europa League.