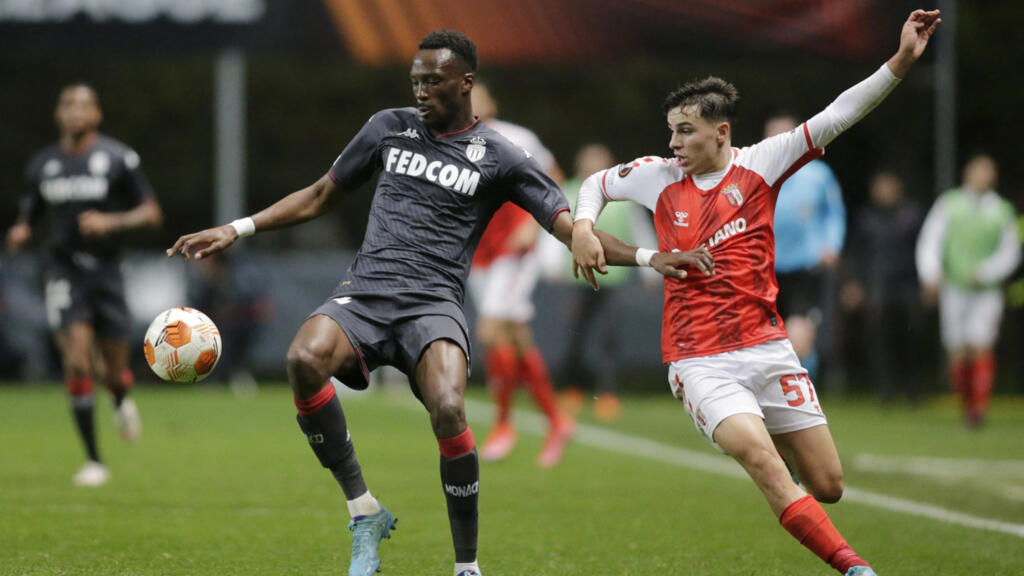 Monaco was beaten in Braga (2-0) Thursday in the round of 16 first leg of the Europa League while at the same stage of the competition, in the Europa League Conference, Marseille dominated Basel (2-1) and Rennes tilted at Leicester (2-0).

The Monegasques missed their start, Thursday March 10 in the round of 16 first leg Europa League, against the Portuguese club Braga, conceding a goal in the 3rd minute through the Spanish international Abel Ruiz. ASM thought they equalized in the first half, twice, but each time the referee canceled the achievements of Gelson Martins and Wissam Ben Yedder for offside. And at the end of the match it was Vitor “Vitinha” Oliveira in the 89th minute who drove the point home for Braga, generally dominating.

In the return match in the Principality, in a week, Philippe Clement’s players will have to show a completely different face to hope to reach the quarter-finals of C3 for the first time since 1997.

In other Europa League matches, FC Barcelona, ​​which aims to win the first C3 in its history after being transferred from C1, conceded a disappointing draw at Camp Nou in front of Galatasaray (0-0).

The poster between Atalanta Bergamo and Bayer Leverkusen has kept all its promises, with a victory with twists and turns for the Italians (3-2).

Winners of Red Star Belgrade (3-0), Glasgow Rangers took a serious option to join RB Leipzig in the quarter-finals, already qualified after the exclusion of their opponent, Spartak Moscow, due to the Russian invasion in Ukraine.

In the Europa League Conference, which is experiencing its first edition this season, Olympique de Marseille owes its success at the Vélodrome to a double from Arkadiusz Milik, in latent conflict with his coach Jorge Sampaoli for several weeks.

The Polish striker opened the scoring with a penalty (19th) before doing it again in the second half, taking a shot that was blocked by the opposing goalkeeper (68th) but Italian hopeful Sebastiano Esposito reduced the mark for the Swiss (79th).

Stade Rennais lost to England on Leicester’s lawn, the fault of goals from Marc Albrighton (30th) and Kelechi Iheanacho (90th +3). The Bretons did not deserve in the game but were too imprecise in the last gesture.

Among the three other Dutch clubs involved, only Feyenoord Rotterdam won, traveling to Partizan Belgrade (5-2).

PSV Eindhoven snatched a draw in a spectacular encounter against FC Copenhagen (4-4) while AZ Alkmaar were dominated by Norwegians Bodo Glimt (2-1).