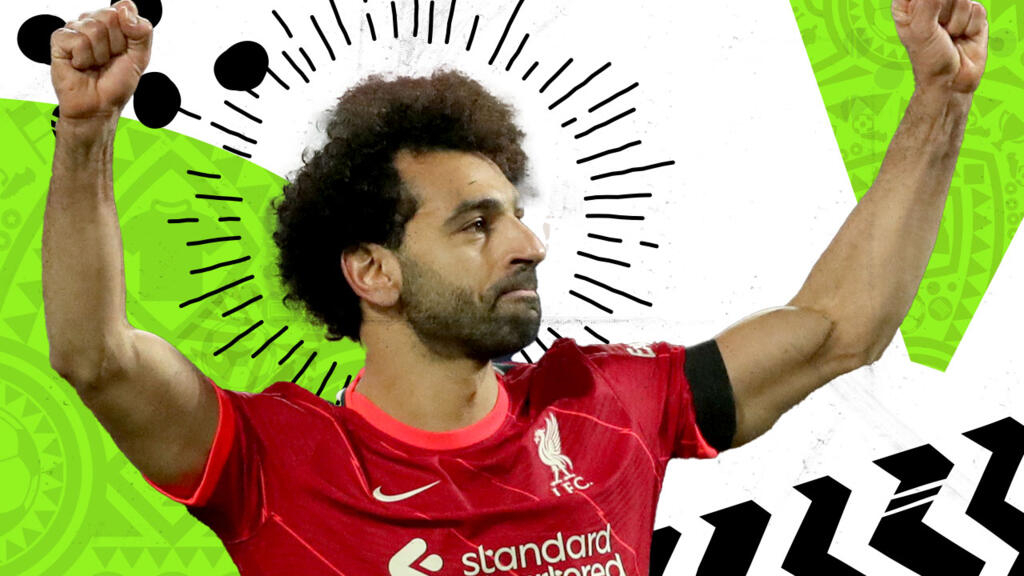 Top African scorer in the history of the Premier League, Mohamed is unanimous in England with the club Liverpool where he is playing his fifth season. It remains to be confirmed with Egypt, which is waiting for its local “Messi” to offer a new continental title, three years after a catastrophic CAN at home.

“Mohamed Salah is a gift from Allah. If he scores a few more, I will become a Muslim too,” chanted Liverpool fans on match nights in praise of their Egyptian striker.

The Pharaoh of Anfield is currently having the best season of his life with the club Liverpool. On October 24, 2021, he even made history by becoming the African player with the most goals in the English league, scoring on the lawn of Manchester United his 105e, 106e and 107e Premier League goals, surpassing Didier Drogba’s record.

Suffice to say that Mohamed Salah, aged 29, will be a force to be reckoned with during the CAN in Cameroon (from January 9 to February 6, 2022), he who hopes to finally offer the Egyptian selection a new continental title, twelve years after the most recent (2010). [L’Égypte a remporté trois CAN d’affilée en 2006, 2008 et 2010].

Early in Egypt, late in England

Born in 1992 in Bassioun, a small village 130 kilometers from Cairo, he was passionate about football as a child. His heroes are then called Zinedine Zidane and the Brazilian Ronaldo. At the age of 14, he was recruited by the Arab contractors, a Cairo club, and therefore took the bus for several hours every day to go to train in the Egyptian capital.

His tenacity pays off. At 17, he became the youngest player in the Egyptian championship. He revealed himself the following season, so much so that local clubs Zamalek and Al Ahly SC, the two most successful on the African continent, were in line to recruit him. The young “Mo” Salah prefers to try his luck in Europe. FC Basel made him sign a four-year contract for 2.5 million euros.

He only remains a year and a half in the Swiss club but leaves his mark. He was elected Super League player of the 2012/2013 season and the public’s favorite player. Already courted by the German Jürgen Klopp, then coach at Borussia Dortmund, he finally signed for Chelsea.

The passage under the orders of José Mourinho is far from being crowned with success. Not falling within the plans of the “Special One”, he was sent on loan to Fiorentina. The beginning of the second birth of “Mo”. A flash of six months in Tuscany, but which will put everyone in agreement: the Egyptian will have had time to score a brace on Juventus’ pitch and to be crucial in the Europa League against Tottenham. However, Chelsea would rather send Salah to Roma rather than leave him in the ranks of Viola. At the end of the 2015-2016 season, Salah was voted AS Roma’s best player, after a fabulous season. He ended it by being the club’s top scorer, with 15 goals scored, and 9 assists in total, in all competitions.

After two years in Rome which confirm its hatching, the Pharaoh finally joins Jürgen Klopp who left for Liverpool. Bought 42 million euros in 2017 by the Reds, he is the most expensive African player in history. A club that he quickly left his mark: he won the Champions League in 2019, a title of top scorer tied (with Sadio Mané and Pierre-Emerick Aubameyang), also in 2019, and finally the English championship, in 2020.

But Mohamed Salah’s popularity is not just due to his athletic performance. He is an icon in Egypt for his commitments outside the green rectangle. The star multiplies the speeches against drugs and against violence against women. In his village, the number 11 of the Reds built a football field, a hospital, schools and a religious institute.

“Mo” Salah is a practicing Muslim. Every year, he returns to his native village for Ramadan. His wife, whom he has been in love with since elementary school, wears the veil and he makes his 5 prayers a day and celebrates each of his goals. with a prayer thanking Allah.

His popularity is such that he would have garnered a million votes in the 2018 presidential election without being a candidate. An urban legend, impossible to verify among the 1.7 million ballots declared invalid that year, but which says a lot about the fervor around the “Pharaoh”.

“Mohamed Salah remains extremely evasive about his political positions. He remains neutral and shines at the sporting and social level, through his ability to please everyone: Copts, Muslims, Islamists, revolutionaries, secularists, left-wing parties and populist “, decrypts Suzan Gibril, political scientist at the Center for the Study of Political Life (Cevipol) and at the Observatory of Arab and Muslim Worlds (OMAM), interviewed by France 24.” Mohamed Salah is the archetype of the model Egyptian. He is a very healthy person in his way of managing his daily life. He does not smoke, does not drink. He is seen as a model Muslim, as generous, and he is above all an athlete incredible considered one of the best African players of all time. “

At the risk of instrumentalisation?

A status of living legend of Egyptian football which does not protect it from the attempts of instrumentalization of the al-Sisi government which likes to highlight this “icon of Egyptian soft-power, in the words of a former spokesperson for the ministry of Foreign Affairs, Ahmed Abou Zeid.

In 2021, Mohamed Salah made his entry into school books. The head of school programs in Egypt, Nawal Shalaby, explains that the footballer is “a hero and a model for his moral and material support to his compatriots [dont le parcours mérite d’être connu de la jeunesse]”.

Egypt 🇪🇬 Mohamed Salah’s Story to be Included in Egyptian Curriculum Salah’s biography, career and philanthropy will be a topic in English language textbooks for primary and secondary schools across Egypt. pic.twitter.com/uqtapLlrJp


“It is a propaganda message used by the regime to establish its power and to make itself seen at the national and international level. Egypt has a double logic: on the one hand, it stages its history with events such as the transfer of the mummies in April 2021. On the other hand, she praises her ethics and modernity through the figure of Mohamed Salah “, explains political scientist Suzan Gibril.

If Mohamed Salah wishes to remain neutral by separating his life as an athlete from his life as a committed citizen, the instrumentalisation of which he is the subject by his government may have led to some tensions. In April 2018, Mohamed Salah protested against the use by the Egyptian Federation (EFA) of his image in a sponsorship operation without even asking his opinion. During the World Cup in Russia a few months later, he was forced to pose alongside Ramzan Kadyrov, the authoritarian president of the Chechen Republic, who hosted the base camp of his selection.

Two cases that had touched the star of the Pharaohs. If he did not speak publicly on the subject, he reacted through his lawyers to smooth out the differences agitating the threat of an early international retirement.

“The press release from the lawyers had made a lot of noise. It had mobilized in society and put pressure on the regime to find a compromise,” recalls Suzan Gibril.

Once these turbulences were ironed out, Mohamed Salah resumed the path of the selection, to dispute a Africa Cup 2019 home. A competition in which the Pharaohs were the favorites, but which turned to humiliation, especially for its star, after elimination in the round of 16 by the South Africans.

Salah’s only feat during the competition? Having succeeded in damaging for the first time its image, so far consensual, by expressing itself in the scandal surrounding his teammate Amr Warda, a time excluded by the Federation after accusations of sexual harassment, then reinstated under pressure from the players. The star, who called for better treatment of women in an interview with Time Magazine, divided the country by taking a stand in favor of the young man, whose behavior has been denounced by several victims. On Twitter, he called for “believing in second chances”, and felt that “ban n ‘[étai]t not the answer “.

Two and a half years later, Mohamed Salah will be expected at the turn by his country. The Pharaohs are still awaiting their eighth continental crown and hope to obtain it in Cameroon. Mo Salah will have a lot to do to make sure. While his popularity remains immense, a fan’s heart can be versatile when it comes to the national team.