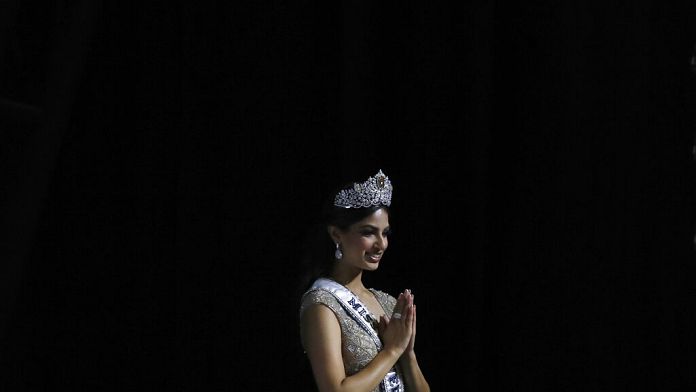 The Miss Universe contest took place this year in Eilat (Israel).
**Palestinian organizations called on the candidates not to participate in the event.
** In the end, it was Miss India who was sacred.

Miss India, Harnaaz Sandhu, was crowned Miss Universe in the Israeli city of Eilat on Monday, in a contest marked by calls for boycott in support of the Palestinian cause.

The 70th edition of the annual competition, which was held for the first time in Israel, also had to deal with the coronavirus pandemic, and in particular the emergence of the Omicron variant.

Boycott calls and the Palestinian cause

The South African Ministry of Sports, Culture and the Arts had urged the latter not to go to Eilat, citing “the atrocities committed by Israel against the Palestinians”.

Palestinian organizations also called on the candidates not to participate in the event.

“We urge all participants to step aside, to avoid complicity with Israel’s apartheid regime and its violation of Palestinian human rights“, called in particular the Palestinian Campaign for the academic and cultural boycott of Israel.

In an interview with AFP in Jerusalem in November, 2021 Miss Universe Andrea Meza of Mexico said the contest should steer clear of politics.

“Miss Universe is not a political or religious movement“she said.

Indonesia and Malaysia, countries which do not have diplomatic relations with Israel, did not send any candidates, but spoke of difficulties linked to the pandemic.

Among the contestants were Miss Morocco Kaouthar Benhalima and Miss Bahrain Manar Nadeem Deyani, whose countries normalized their relations with Israel last year.

The United Arab Emirates – which have also normalized their relations with Israel – did not send a candidate either “due to time constraints” when selecting their national Miss.

“Day in the life of a Bedouin”

The contestants landed in Israel late last month and have since visited tourist spots, sometimes the subject of criticism for cultural insensitivity.

During a stop in the Bedouin town of Rahat, they wore dresses with traditional Palestinian embroidery while rolling grape leaves – what Miss Philippines Beatrice Luigi Gomez tweeted as a “day in the life of a Bedouin “.

In Israel, the Bedouin, a traditionally nomadic people, belong to the community of Palestinian citizens of the Hebrew state, which has long complained of discrimination by the Israeli authorities in matters of housing and education.

Contest participants must be between the ages of 18 and 28 and may never have married or had children.

According to organizers’ estimates, the coronation ceremony was to be watched by 600 million viewers in 172 countries.