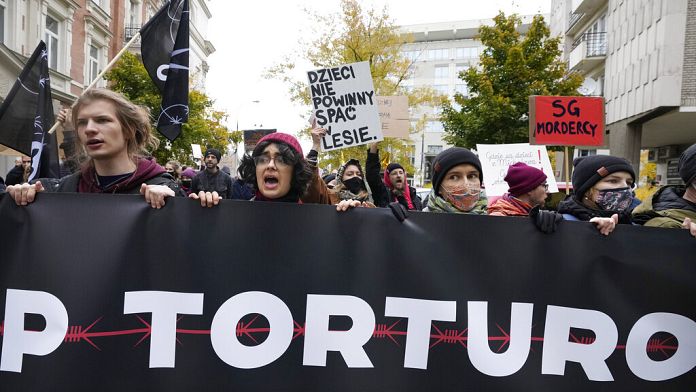 In Poland, these mothers are mobilizing for migrants trapped on the border with Belarus. Mostly from the Middle East and Africa, they “ve been trying for weeks to cross the border of the European Union and are living in difficult conditions and without assistance. No question of welcoming them hammers Warsaw, which has deployed 6,000 soldiers on its border and imposed a state of emergency.

Some residents of the border town of Michalowo believe that borders should be protected: “What are these refugees for? exclaims a Pole. “Don’t they have enough? They came here to find prosperity? They pay Lukashenko $30,000 for bringing them here, but for what? Now he’s pushing them in Poland, right?“

“It is a very difficult subject to address, in my opinion, on the one hand it is a pity for these people but on the other hand we can not let everyone pass” explains another resident of this city.

The European Union accuses Minsk of orchestrating the influx, in retaliation for EU sanctions imposed following the Belarusian regime’s crackdown on the opposition.

Migrants who come massively to Belarus, are then directed to the borders of the EU (with Poland, Latvia, Lithuania). They remain under surveillance by Belarusian border guards and Polish, Lithuanian and Latvian law enforcement agencies.

Following the death of an asylum seeker this week, the UN is calling for urgent action from the EU and Belarus to save lives and prevent suffering. This is the 8th reported death in this border region.

“When fundamental human rights are not protected, lives are at stake. It is unacceptable that people have died (…). They are being held hostage by a political impasse that must be resolved now”, said the UNHCR Regional Director for Europe, Pascale Moreau, in the press release.

“We urge Belarus and Poland, as signatories to the 1951 Convention relating to the Status of Refugees, to respect their international legal obligations and to allow access to asylum seekers at their borders“, said Ms. Moreau.

Poland is planning to build a wall and is trying to prevent humanitarian organizations from helping these refugees.

Queen Elizabeth II at rest for at least another two weeks