This is information that would have gone well Michel Der Zakarian and the MHSC. A player of Montpellier would be the subject of serious charges punishable by imprisonment. Crazy revelations that could quickly cause his dismissal from the Héraultais club.

Definitely, French football does not live its quietest hours. After the announcement the dismissal of Benjamin Mendy from Manchester City for accusations of rape and sexual assault, now another tricolour footballer could follow the same path, this time for a serious complaint of assault and violence outside a nightclub.

As the football whistleblower reports Romain Molina, a woman was allegedly beaten, in particular in the face by Montpellier striker Elye Wahi (18), even resulting in incapacity for work, a serious fact that can be punishable by prison. “A complaint has been filed by a young woman against Elye Wahi, Montpellier player and young French international, for violence resulting in incapacity for work. She explains that she was hit by the player (punch in the nose) at the exit of a nightclub.”

Molina goes on to say that “the person in question ended up in the emergency room. Contacted, the player did not respond, nor did the club of Montpellier. The complaint has been formally filed, pending further action“. An announcement that creates disorder at the MHSC, who is very discreet while waiting for the verdict of justice. In parallel, another player passed by the Ligue 1 was reportedly arrested by the police this Thursday in a bar for sexual assault charges, the Brighton midfielder, Yves Bissouma. 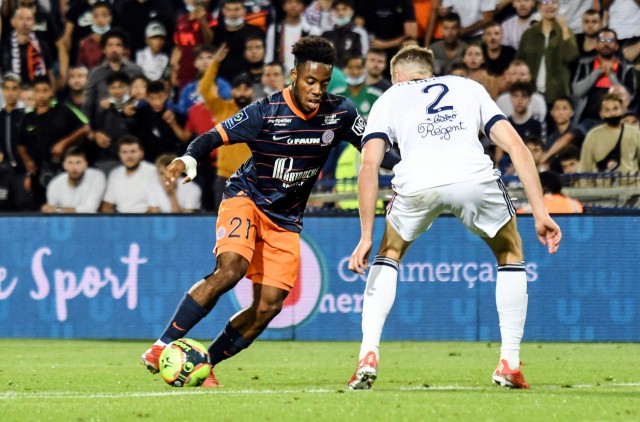 Born in 2003 in Courcouronnes in the Paris region, Elye Wahi was recruited by Montpellier in 2018. He made his debut in the top flight last year against FC Metz, coming on in place of Gaëtan Laborde, today at Stade Rennais. This season, the striker has already played 8 meetings with the club La Paillade, including 12 minutes against PSG at the end of the meeting at the end of September. The player has also known the espoir selection, from the U16 to the French U19. A young career that could suddenly come to an end in the coming days.