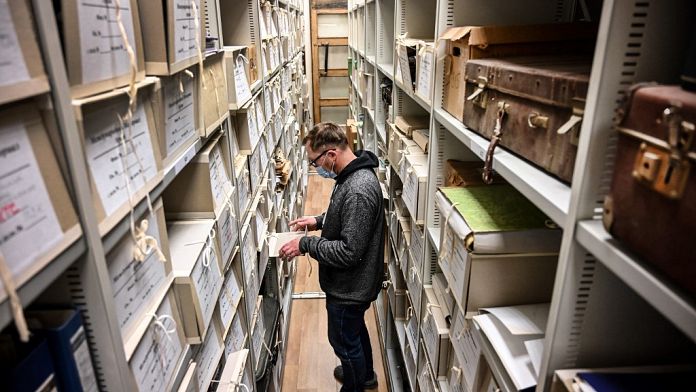 Considered a pillar of Russian civil society, the Memorial NGO is today a victim of what it has always fought against: political persecution.

The organization was dissolved by the Russian Supreme Court on Tuesday, December 28, 2021 for violations of a controversial law on “foreign agents”.

With this liquidation, described as political by the NGO, the power of Vladimir Poutine seems to want to deal the final blow to this structure symbolizing the democratization of the 1990s. This decision concludes a year of all-out repression of the Kremlin.

Investigations into theaters of operation

For three decades, Memorial has never ceased to challenge the Kremlin and urge it to act, attracting the enmity of many officials and reprisals including assassination. From Stalinist crimes to abuses in Chechnya, the organization, founded in 1989 by Soviet dissidents including the Nobel Peace Prize Andreï Sakharov, was authoritative by its rigorous investigations.

In one of its latest investigations, last March, the NGO identified and then lodged a complaint against paramilitaries from the “Wagner” nebula, whom it accused of war crimes in Syria. This organization acts, according to its detractors and the West, on behalf of the Kremlin.

At the same time, Memorial drew up a list of political prisoners, provided them with assistance, such as migrants and sexual minorities.

“Enemies of the people”

The NGO, winner of the European Parliament’s Sakharov Prize in 2009, was especially known in the West for its work in Chechnya, the Russian Caucasus Republic, the scene of two wars in the 1990s and 2000s.

The NGO documented on the ground the abuses of Russian soldiers and their local auxiliaries. “Power has always hated that,” historian Irina Chtcherbakova, one of the founders of the organization, recalled to AFP in November.

This commitment was fatal for the NGO official in Chechnya Natalie Estemirova, kidnapped in broad daylight in 2009 and executed by a bullet in the head in Grozny. The authoritative Chechen leader Ramzan Kadyrov, implicated in this affair, had in return called the members of Memorial “enemies of the people”.

A new case prompted the NGO to withdraw from Chechnya in 2018; it was about the conviction of its local official Oïoub Titiev in a drug case, denounced as a set-up.

Don’t forget the Soviet repression and the Gulag

According to its founders, Memorial had started its activities long before its official creation in 1989. Its objective was then to give a name and to pay homage to the millions of forgotten victims of the Soviet repressions and of the Gulag.

In the 1960s and 1970s, activists began to secretly gather information about these crimes, and then came to light after the Perestroika of Soviet leader Mikhail Gorbachev.

“Memorial, it is the heir of a movement, then of an organization which did not cease shouting loud and clear that it was very dangerous that the memory of the dictatorship disappears from the collective conscience”, summarized the historian Irina Chtcherbakova.

The national narrative defended by Vladimir Putin, a barrier to Memorial work

With Mr. Putin’s rise to power in 2000, this task had become increasingly difficult, as the Kremlin, defending a historical interpretation exalting Russian power, downplays Soviet crimes.

On December 9, Mr. Putin criticized the work of the Memorial, arguing that Nazi collaborators had been classified by the NGO as victims of Stalinist repressions in its database containing three million names. Memorial replied that it was a one-time error, corrected since.

Before the Supreme Court on Tuesday, prosecutor Alexeï Jafiarov accused of “creating a false image of the USSR as a terrorist state” and of seeking to “rehabilitate Nazi criminals”.

Memorial denounced other forms of pressure exerted on her to silence her. Thus, in a file that she considers to be completely fabricated, one of her historians working on the Stalinist purges in Karelia (north-west), Yuri Dmitriev, was sentenced Wednesday to 15 years in prison Wednesday in a case of “sexual violence”.

Last spring, the NGO also lost a case against the prosecution to obtain information on prosecutors who ordered executions during the USSR.

Mobbing for Carles Puigdemont, the ex-president is free to leave Sardinia