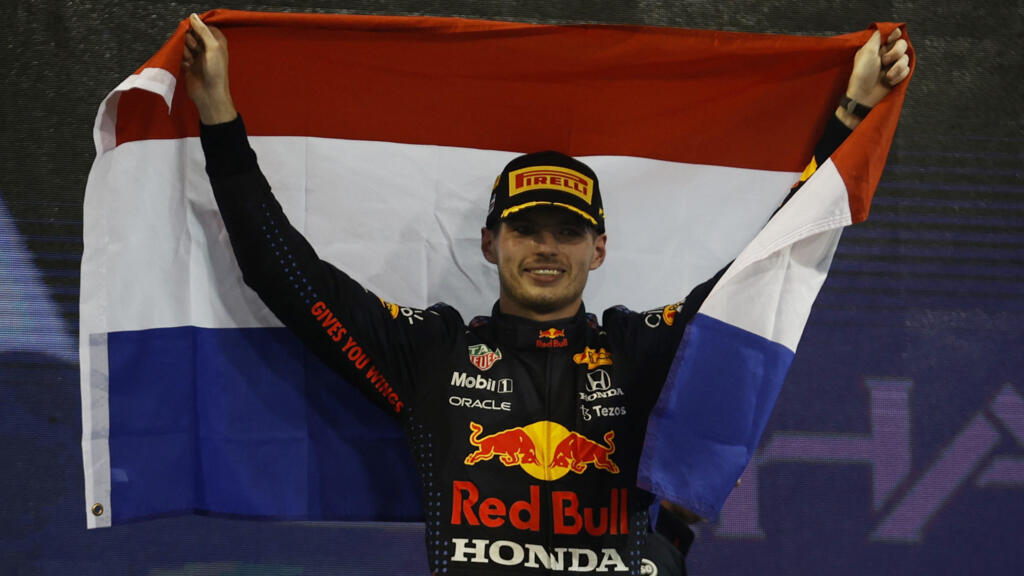 Max Verstappen won the Abu Dhabi Grand Prix on Sunday ahead of Lewis Hamilton with a pass on the last lap. 24 years old, he is crowned world champion for the first time.

The longest Formula 1 season – 22 Grand Prix – so that ultimately everything is settled on the last lap of the whole last race of the season, in Abu Dhabi. And on a revamped Yas Marina circuit, it was finally Max Verstappen who got the better of his competitor Lewis Hamilton and won his first world championship title.

After years of undivided domination by Lewis Hamilton, it was already extraordinary that the title was decided on the final circuit. But it was also only the second time in the history of the discipline, after the 1974 championship, that the last two rivals were tied on points: 369.5 precisely.

Lewis Hamilton starts in the lead

Verstappen started with the advantage of pole position. But, at the start, it was Lewis Hamilton who achieved the best takeoff and took the lead in the first corner.

The Dutchman is trying to regain the advantage immediately by braking late at turn 5 after taking advantage of the suction of the Mercedes. The two drivers touched each other and Hamilton cut the turn before returning to the track in front of Verstappen. To the despair of the Red Bull team, the commissioners refuse to open an investigation into the accident.

Lewis Hamilton took the opportunity to take off and the gap grew between the two contenders for the title. A performance differential which can be explained in particular by the choice of tires: medium for the Briton, soft for the Dutchman. The latter being less designed to last.

To limit the damage, Verstappen stops at 14e tower. An early stop which forced the Dutchman to come out in traffic and wait a long time behind Carlos Sainz’s Ferrari. On the Mercedes side, we do not take any risks and we pass Hamilton to the pits in the following lap. With the lead taken by the Briton, he comes out in second place, behind the second Red Bull, that of Sergio Perez.

The Mexican is going to be the perfect teammate. Despite soft gums worn to the core, he managed to defend himself for several laps against the defending champion, leaving the possibility for Max Verstappen to pick up behind Lewis Hamilton.

But the contender for a first world title did not see the rear wing of number 44 for long. The latter quickly regained a comfortable lead over his competitor, constantly improving his lap times.

A racing event, however, will cast doubt on the world champion: the abandonment of Giovinazzi (Alfa-Romeo) causes the entry of a virtual safety car, allowing Verstappen to stop almost free of charge at the pits to put on shoes. fresh tires 20 laps from the conclusion.

The equation is simple for the Dutchman: 20 laps, 17 seconds, 0.8 seconds per lap to take to get the league title. The best laps follow one another. The Red Bull is gradually approaching the Mercedes but at an insufficient pace to dislodge Hamilton from its leading position.

At this point in the race, nothing seemed to be able to prevent Hamilton from securing an eighth title, until a crash at the end of the peloton clouded the Briton’s perfect race. The safety car entered the track, allowing Verstappen to put on new soft tires and take back to the Mercedes. Then to win in the last lap.

On the podium, Max Verstappen can savor. He is finally crowned world champion, he who dreams of this title since his early beginnings in the discipline at the age of 16. For its part, Mercedes can console itself with the title of best manufacturer.

Basketball – NBA: The confidence of Russell Westbrook on the role of LeBron James in his choice!