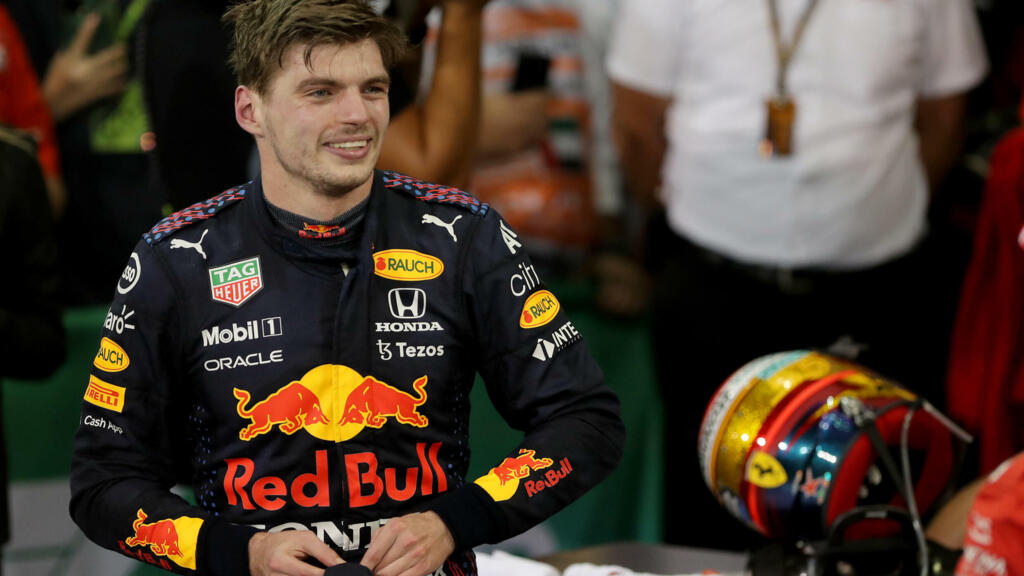 A miracle to finally realize his family destiny: the Dutchman Max Verstappen (Red Bull) snatched at the age of 24 his first world title in Formula 1 by overtaking his great rival, Lewis Hamilton.

By becoming world champion for the first time Sunday 12 December in Abu Dhabi, the Dutchman Max Verstappen achieved a destiny whose first milestones had been laid down by his pilot parents.

“The whole family only had it for the race, so I think the person Max is, and what he is doing at the moment, is the natural result”, sums up his manager, Raymond Vermeulen, for the ‘AFP.

Vermeulen knows what he is talking about: he was already associated with the father, the Dutchman Jos Verstappen, 107 Grands Prix (GP) on the clock between 1994 and 2003, including two podiums in the first year.

His mother, Sophie Kumpen, was the teammate of F1 world champion Jenson Button in karting: the Belgian “was a fantastic driver (…), very fast”, recalled the Briton for the podcast of the F1.

But the precocity records stop there. By being crowned this Sunday in Abu Dhabi, the Dutchman, born in Belgium on September 30, 1997 and residing for a long time in Monaco, is only the fourth youngest driver to win a title of world champion, at the age of 24 years, 2 months and 12 days, behind Sebastian Vettel, Lewis Hamilton and Fernando Alonso.

However, we can not say that he wasted his time: this season is the first in which his team has placed in its hands a single-seater capable of competing with the Mercedes of seven-time world champion Lewis Hamilton.

From “Mad Max” to maturity?

A surly teenager in his early days, the brash Max has learned to control his temper on the track and has shown a more thoughtful and – when he wants to – likeable side of his personality since last year.

Far from the one who clung unnecessarily with Esteban Ocon in Brazil in 2018, before jostling the French in front of the cameras, or who threatened to “kick ass” if the media continued to question him about his mistakes, in Canada , the same year.

It must be said that the Dutchman went to a good school: his father Jos was never the most placid man in the paddock.

“Mad Max” rounded corners to become the leader of a team, Red Bull, which swears by him.

“He has simply matured,” explained his boss, Christian Horner, last year. A maturity that was reflected in its results, with two third places in the championship in 2019 and 2020 – the best possible result behind the untouchable Mercedes.

Still true to some of his habits, Verstappen hardly dwelled on the subject last year.

“I think you grow every year. You progress but you also get to know your team better. And we have always had a good relationship,” he replied to AFP. Before conceding, all the same, in a small laugh: “I can have this serious air or something like that, but I can be funny, I hope!”

Even if it means pouring into excess. For example when, to the question “What was your best purchase?”, He answers: “My girlfriend”. In this case, Kelly Piquet, the daughter of the three-time Brazilian F1 world champion Nelson Piquet, with whom he regularly appears on the paddocks and on social networks.