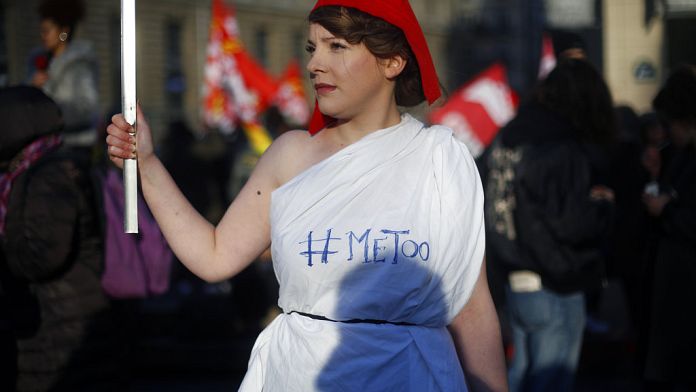 Margot Giacinti is a doctoral student in political science at the laboratory Triangle (Action, discourse, political and economic thought), at ENS Lyon. On this International Women’s Rights Day, she returns to the concept of feminicide as well as its history, rooted in the fight for women’s rights and in the fight against violence.

The concept and the word femicide are known to have been popularized by Diana Russell, a South African feminist sociologist. What is the origin of this word?

We find this word in French in the archives of the 19th century where it is sometimes used in terms that take on a feminist dimension. Hubertine Auclert, a feminist suffragist who fought for the right to vote at the time, used the word feminicide but she did not think of it as a complete concept. She says, for example, that a corset is femicide because it suffocates women. That a husband who divorces and who keeps all his property, leaving his ex-wife in misery, is a feminicide. At the time, this word did not have the dimension of murder that we give it today.

In the 20th century, this concept appears in the form of “feminicide”. At that time, Diana Russell, a South African feminist sociologist, began to work on the theme of feminicides. Based on news items in the newspapers, she notices that women are raped, then killed with great violence. Then, in 1976, an important event took place: the International Tribunal for Crimes Against Women, in Brussels. It’s not really a court but a feminist gathering where women discuss what they consider to be crimes against their gender. For example, economic crimes. During this event, Diana Russell brings the subject of feminicide, but the themes of rape (theme on which the French women will make many contributions) and battered women (subject which the British thinkers seize, because it is in their country where we find the first women’s shelter) are taking on much greater importance.

The term feminicide does not make as much noise. At that time, French women were more focused on the theme of battered women and the rape they discovered. Femicide as such is not dissociated from domestic violence. Diana Russell then returned to America and fifteen years later, in 1992, she published Feminicide: The Politics of Woman Killing. This book was translated for the first time in 2001, into Spanish. From this translation, there is a massification of the term. Diana Russell had struggled to impose the concept of femicide in feminist circles because it did not make sense and people could not think of the murder of a woman because of her gender.

The concept of femicide is very broad. What does it include?

When we look at how feminists think about violence against women that leads to death, they don’t think about it from a purely marital angle. In the 19th century, with the birth of criminology, feminicide was thought of in the context of conjugal deviance, of the couple. The words uxoricide and conjuricide are used. But once it was established that patriarchy oppressed all women, that it could kill women differently and in different settings, the concept of femicide took on more meaning.

In her book, Diana Russell uses this word in a very broad sense. This term speaks both of women who are killed in the marital setting, but also of lesbians killed because they are lesbians, women killed in the context of prostitution or pornography, neonaticides… It also includes suicide strength. Moreover, cases of women driven to suicide as a result of violence are increasingly recognized. There are court decisions that go in this direction: some women kill themselves because they have no other solution to escape male violence.

Feminists view femicide in very different forms. We must not forget that there are gender effects in crime. In France, the prism of French justice is very familialist and conjugalist: everything is seen by the torque prism. We talked about feminicide in the context of the Grenelle on domestic violence, for example. Public authorities find it difficult to take femicide out of this and consider gender effects.

What is the value of such a concept, from a socio-political point of view?

This term is a discovery! We manage to name a phenomenon and recognize that the fact of being a woman puts us in a situation where we are perceived as weaker, and therefore more vulnerable to attack. The concept of feminicide makes it possible to difference with homicide, which is a legal category, which takes on a whole bunch of different realities. In February 2020, a commission in France was led by LREM MP Fiona Lazaar to question the inclusion of the term feminicide in the penal code. The argument is that if we recognize a specificity of feminicide in the penal code, we bring violation of the universalism of the law. As men and women are equal, putting a category that creates a difference between the two sexes can be an attack on universality. And our republican system is based on this universalism. If we attack him, we have to question a lot of things.

But what is interesting is that in the penal code, we already make differences between men and women. In the context of pregnancy, for example. So, we have to question this notion of universality. Are women and men equal in marital status in relation to crime? The answer is no. I have had discussions with magistrates who use the term feminicide in the description of some of their cases. We therefore recognize that there is a determining dynamics of gender effects and that it is not an accidental phenomenon but a recurring one.

The UN Women had proposed to include the category of feminicides in the French penal code in 2019. In Europe, many countries are very far in recognizing domestic violence. I am thinking of Poland for example. There is a whole outcry on the side of the extreme right which considers, for example, that abortion is a feminicide. So states should recognize violence against women as a whole.

Why is this term so little popular? Is he scary?

The first observation that can be made is that it is thanks to feminist movements that we come to think about violence against women. This was the case during the first feminist wave, during the second, and then today. Even if the militant side can be frightening, this work of documentation, identification, theorization, translation and practice is the work of associations, collectives. This work, often reduced to its militant dimension, brings a lot in terms of theorizing and of knowledge productionon things experienced by women.

This knowledge very often comes from women. And it can take a long time for them to legitimize their approach. Femicide has taken a long time to be recognized, because women and feminists are still not listened to. It’s not fast because it doesn’t go through the classic political biases. And then it is also necessary that women become aware of the violence they suffer. This is a big issue. Marx said that the workers should become aware of their exploitation: it’s a bit the same for us women. We have to make sure that the theme of femicide stays in place and is never just a fad.