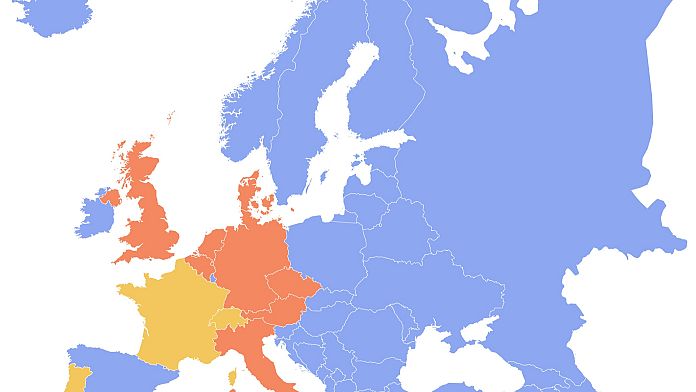 Discovered in South Africa, the potentially more contagious Omicron variant is currently spreading around the world. European countries were among the first to detect cases on their territory. In which countries has its presence been confirmed? Which are those which wait to be fixed thanks to the results of sequencing? We take stock.

At the present time, two cases of contamination with the Omicron variant have been confirmed by the health authorities of the Land of Bavaria (South). These are travelers arriving at Munich airport from South Africa.

The government has so far confirmed a case. This is a man from the Tyrol region who recently traveled to South Africa.

The country has identified the first case of Omicron variant on European soil. The patient is, according to information from RTBF, a young woman who had stayed in Egypt and who had been showing symptoms for 11 days.

The country’s health authorities confirmed the presence of the variant on their territory on Sunday. Two people are currently infected. A school in Odense (center) is closed on Monday pending the results of the sequencing following a suspected case of Covid-19 discovered in a student.

The Ministry of Solidarity and Health made public on Sunday the potential presence of the variant in France. Eight suspected cases are currently being analyzed. “__The sequencing of samples from these patients is prioritized or in the process of being organized in order to have diagnostic confirmation as soon as possible”, specifies the ministry in a press release. These people and their relatives have all been placed in solitary confinement.

“There has not yet been an identification of this type of variant on the national territory, but it is very probably a question of hours”, declared Olivier Véran, Minister of Health, after a visit to a Paris vaccination center.

The country has a confirmed case of the Omicron variant on Monday. This is a man from the region of Naples (south) income from Mozambique, the Higher Institute of Health (ISS), which reports to the Italian government, announced on Saturday. The ISS said the patient and his family are in good health.

The country is so far the one where the most cases have been confirmed in Europe. 61 passengers from South Africa have tested positive for Covid-19. On Sunday, the Dutch authorities confirmed the presence of the new variant in at least 13 of them.

“The investigation is not yet complete. The new variant could be found in other samples”, said the National Institute of Public Health (RIVM).

Analyzes are underway to determine whether 13 players from the Belenenses SAD football club were indeed contaminated by the new variant following the trip to South Africa of a member of its staff.

In a press release this Monday morning, the National Institute of Health (Insa) revealed that “preliminary tests strongly suggest that all thirteen cases (…) are linked to the worrying variant Omicron”. Additional analyzes must be carried out.

The regional hospital of Liberec, in the north of the Czech Republic, announced on Saturday the discovery of the Omicron variant in a patient with Covid-19.

Vaccinated and having mild symptoms, this woman had traveled to Namibia, before returning to the Czech Republic via South Africa and Dubai.

The discovery Monday morning, in Scotland, from six people positive for the new variant brings to nine the total of cases in the whole country.

Among the “Scottish cases”, four have a priori no relationship with people who have traveled to Africa, according to Scottish Deputy Prime Minister John Swinney.

Swiss health authorities announced on Sunday the discovery of a “first probable case” in a person returned from South Africa.