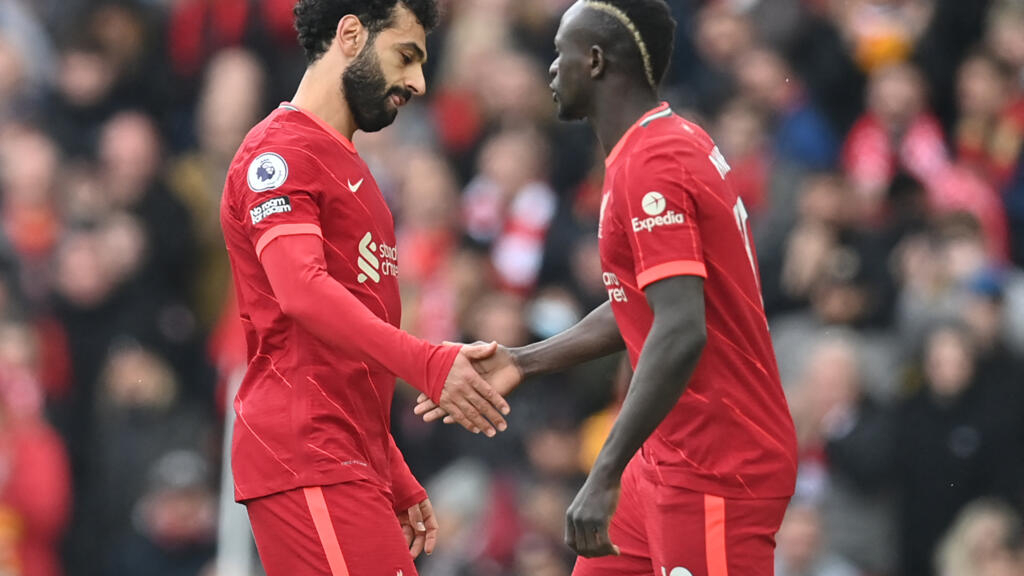 Wednesday against Villarreal, the Liverpool strikers, the Senegalese Sadio Mané and the Egyptian Mohamed Salah, again showed all their talent. While their club is aiming for an unprecedented quadruple, they are the masters of their coach, Jürgen Klopp.

Still decisive on Wednesday in the semi-final first leg of the Champions League against Villarreal (2-0), Mohamed Salah and Sadio Mané keep the frantic pace of Liverpool’s fantastic season, ever closer to an improbable quadruple.

How many trophies will the Egyptian and the Senegalese have added to their list in a month? The season for the two Reds is dizzying, as “money time” approaches: here are the two Liverpool friends two games away from a new Champions League title after 2019, 90 minutes from an English Cup against Chelsea on May 14, and five games away from a Premier League title, even if it will be necessary to dislodge Manchester City, leader one point ahead.

>> To read also: CAN-2022: from Liverpool to the summit of Africa, Mané and Salah had made an appointment

The two men already have an English League Cup in their hands, and Mane also won the African Cup of Nations facing his best enemy, at the beginning of February. And both can dream of the Ballon d’Or and thus write history by becoming the second African player in sacred history, 17 years after George Weah.

An exemplary match against Villarreal

It is in the Champions League that the duo shines the most in the eyes of Europe, with a new decisive performance against the impenetrable Yellow Submarine of Villarreal, who defeated the great Bayern Munich in the quarter-finals.

On Wednesday in their garden at Anfield, they too looked for the entrance to the Spanish wall for a long time. The Senegalese first fumbled by missing a control then a header in the box (8and,12and), and Salah missed the target with a curling shot (27and) before seeing his recovery blocked by Lo Celso (34and), just after an attempt by Mané, also blocked by Raul Albiol (33and).

But the complicity of the two attackers, without debate on the field if not clear outside, ended up paying off, when Mané, in the position of n ° 9, came to conclude a small deep pass from Salah for the second goal. (56and).

📊 Mohamed Salah has delivered 7 assists for Sadio Mane in the Champions League since 2017-18. 🎯7️⃣

No player does better, only Neymar has done the same for Kylian Mbappé!


The Senegalese scored his fourth goal in C1 this season, but also his sixth in his last six starts in all competitions.

Enough to deserve a sustained ovation at the 73and minute, when he was replaced, and a nice hug from his coach, Jürgen Klopp, who came to try to console his No. 10, disappointed to be the first to leave his place in this starry encounter.

On the lawn, Salah stayed there until the 90and minute, as in the previous three matches, is a sign that the Egyptian remains Klopp’s number one choice on the Reds’ attacking front.

Tensions between Salah and Mané?

The statistics indeed speak for themselves: Salah has scored 30 goals and 14 assists in all club competitions this season, compared to 20 goals and three assists for Mané, despite having won their two fratricidal duels, in the CAN final. and in the barrage for the Mondial-2022.

The context is therefore paradoxical, with two players whose relationship sometimes seems distant, but whose impact on the game of their team is total…

“There is no doubt that they are not only close, but they are well brought up, they are good boys and good human beings (…). It is certain that Sadio and ‘Mo’ regard as friends,” said Klopp recently.

Even the contracts of the two attackers are intimately linked: they expire in June 2023, and their future from next year is a huge question mark as the Reds transfer window approaches.

Until then, however, there are a few matches to be played for the Anfield duo, starting with the return leg in Spain on Tuesday. A few goals to score, too, and a few trophies to lift.