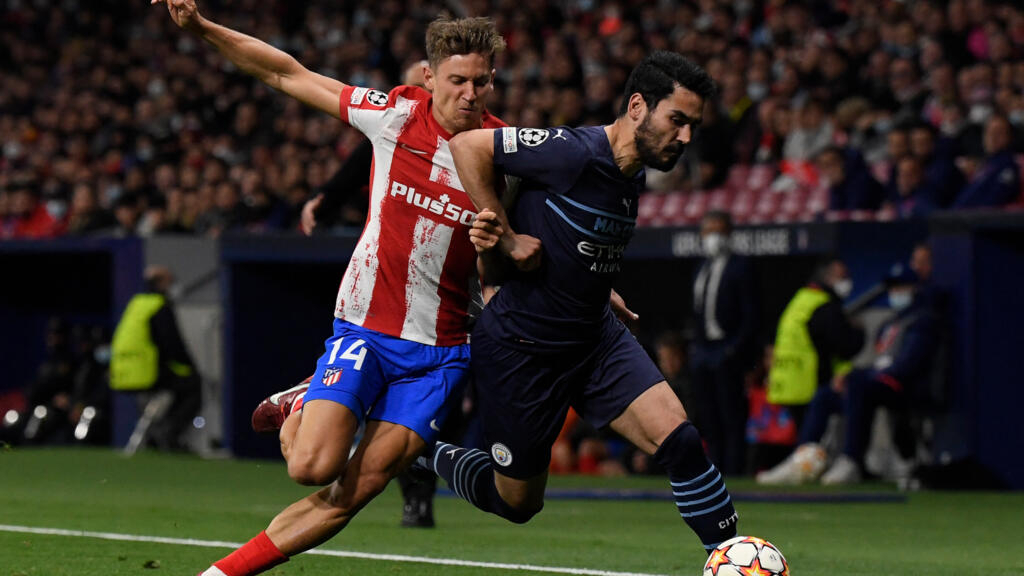 On the strength of their advantage acquired in the first leg (1-0), Manchester City obtained their qualification for the semi-finals of the Champions League on Wednesday thanks to the draw obtained on the lawn of Atlético de Madrid.

In the cauldron of Atlético de Madrid, Manchester City barely trembled. Pep Guardiola’s men resisted the onslaught of Colchoneros to preserve the draw (0-0) allowing them to qualify with the benefit of the victory acquired in the first leg (1-0).

Despite the delay to catch up, Atlético de Madrid did not rush from the start. Diego Simeone’s team patient, remaining united in front of her adversary, and waiting for openings. Lodi energetically brings the ball up and serves Lemar. The French international centers but Stones watches (8th). It is also the English defender who receives a Mancunian corner just missing Oblak’s goal (10th).

The Citizens set up their possession game but failed to worry the Madrid goalkeeper. Atlético are defending hard on the man. Defender Felipe ends up receiving a yellow card after attacks on Foden, then De Bruyne. The latter tries a volley on a counter strike from the young Englishman. The ball is deflected for a corner (27th).

A miracle then saves the people of Madrid. Mahrez makes a superb call on the right and crosses towards Foden. The ball reaches Gundogan, who shoots. Oblak is saved by his post then Felipe pushes back his header (30th). Diego Simeone’s men respond immediately. A long possession is concluded with a strike from Geoffrey Kondogbia, the first Madrid player in the double confrontation. It does not worry Ederson (35th).

Lack of precision in the last gesture

Back from the locker room, Atlético went up a notch and put the pressure on thanks to their French. Griezmann is found in the back in the area but is prevented from hitting in extremis (45th), then Lemar sees his shot blocked (47th).

After a transmission from Llorente, Joao Félix, back to goal, set back towards Griezmann whose resumption of the left file to the left (57th).

Atlético increases the pressure. The incoming Correa collapses in the penalty area, which does not raise an eyebrow at the referee, then De Paul volleys with his right foot which lands to the right of the English goal (77th). Correa then deflects back towards Carrasco whose recovery is countered and deflected by Stones (86th). Manchester City resists and holds its semi-final, taking advantage of the imprecision of their opponents in the last gesture.

Tempers flare in the final moments. Felipe is sent off after yet another vulgar foul on Phil Foden. While they had the match in hand, the players of Atlético de Madrid let themselves be won over by nervousness and failed to ignite the game despite the thirteen long minutes of extra time granted by the referee. It was even Gundogan who failed to score the first goal of the match in the final moments, but Oblak pulled it off with an impeccable save. Insufficient however since the last two occasions, signed Carrasco and Correa, are rejected by Ederson. Atlético de Madrid is eliminated from the Champions League.

Basketball: Rudy Gobert shows his ambitions for the 2024 Olympics!