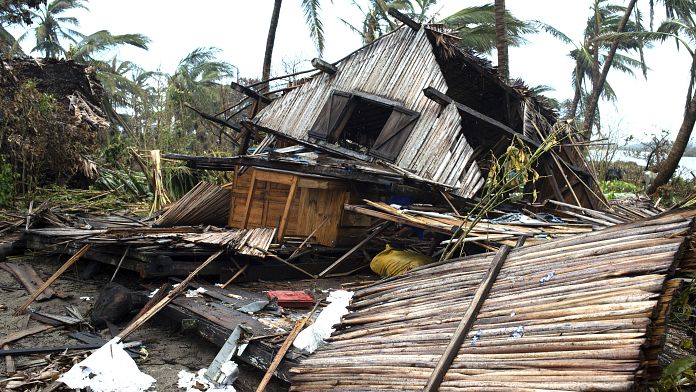 The Malagasy coastal town of Mananjary was largely destroyed by the passage of cyclone Batsirai, NGO representatives said on Saturday, while humanitarian aid is being organized on the spot.

The storm killed 120 people in Madagascar, mainly on the east coast, according to the latest report from the Malagasy authorities.

“For the moment the first assessments that have been carried out are very alarming. We are talking about nine out of ten homes that would have been impacted by the cyclone, especially in the Mananjary area,” Martin Marin, logistics officer, told AFP. of the French Red Cross, while French soldiers unloaded two tons of material sent by his organization.

Médecins sans frontières (MSF), for its part, indicated in a press release that its teams on the spot had found the city “largely destroyed”.

“The hospital is no longer functioning, five health centers in the area are totally destroyed and the roofs of 35 other structures [de soins] were blown away. Patients from the hospital have been evacuated to an emergency clinic to receive them,” said MSF logistics officer Joaquin Noterdaeme, noting the very poor state of the roads, many of which “are still being repaired. released”.

Nosy Varika, a hundred kilometers to the north, is only accessible by sea, noted Mr. Noterdaeme, adding that the hospital there was destroyed and that electricity has not yet been restored.

Nearly 125,000 people were affected by the torrential rains and gusts of wind up to 165 km / h which first hit the eastern side on the night of February 5 to 6, before moving inland, causing Rivers overflow into rice fields, destroying crops.

Madagascar, one of the poorest countries on the planet, had already been hit by tropical storm Ana at the end of January (55 dead) and a large area in the south has been struggling for months with a drought that is causing acute malnutrition and pockets of famine. .

“We are still in a hurricane season. We don’t know yet, the forecast for this year is five hurricanes, so from now on we will prepare,” Maurice Randriarison, governor of the Vatovavy region, told AFP. .