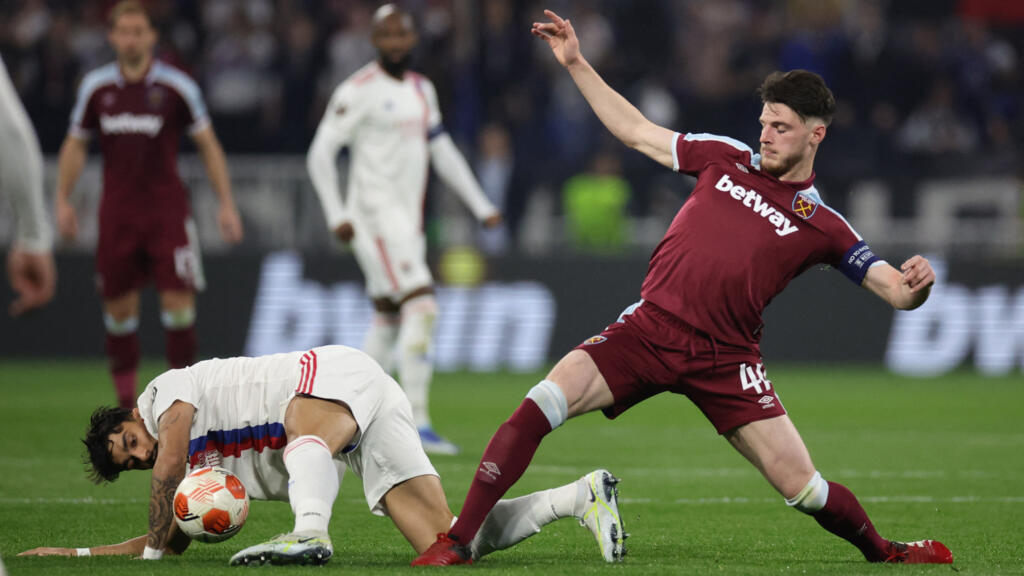 The Europa League ends in the quarter-finals for the Lyonnais, who lost Thursday against West Ham (3-0), while the Marseillais reached the semi-finals of the Europa League Conference thanks to their victory against PAOK Thessaloniki (1-0).

Olympique Lyonnais lost heavily, Thursday, April 14, at home against West Ham (3-0) in the quarter return of the Europa League, just like FC Barcelona against Eintracht Frankfurt, while Marseille qualified for the semi-finals of the Europa League Conference by beating PAOK Salonika again (1-0).

No miracle for Lyon. Trailing in the league (10th), the Lyonnais were counting on a final victory in the Europa League to re-enter the Champions League, the dream of their president Jean-Michel Aulas. Nothing will happen.

At Parc OL, Peter Bosz’s players never managed to make the English doubt, who had held the draw (1-1) in the quarter-final first leg at 10 against 11 for half the match.

The Hammers’ two goals just before half-time, by Dawson (38th) then Rice (44th), dampened the hopes of the Lyonnais, who conceded a third after the break (Bowen, 48th).

RB Leipzig in the semis

In the semi-final, the Londoners will find Eintracht Frankfurt, who beat FC Barcelona 3-2 (first leg: 1-1) against all odds. Yet in sparkling form for several weeks, the Barcelonans have been very fragile in defense.

A little earlier, RB Leipzig proved solid to win 2-0 in Bergamo against Atalanta (first leg: 1-1) and emerge victorious from this duel between two teams in attacking football.

As often this season, the German club was able to count on the French international Christopher Nkunku, who brought his total of goals to 30 in all competitions by scoring twice.

Two years after its superb Champions League campaign which had taken it to the last four, Leipzig finds a European semi-final and continues to progress.

The German club will meet Rangers in the semi-finals, who turned the tide in Glasgow against Braga, winning 3-1 in extra time after losing the first leg 1-0.

Olympique de Marseille confirmed their success in the first leg (2-1) against PAOK Salonika by beating the Greek club again, thanks to a goal from their leader Dimitri Payet (34th).

After the incidents between supporters on the sidelines of the quarter-final first leg, this time there was no confrontation in the stands. Marseille fans were not allowed to travel to Greece.

OM will play for their place in the final against Feyenoord Rotterdam, winner of Slavia in Prague 3 to 1 (6-4 on aggregate).

Humiliated in the group stage by Bodo/Glimt in Norway (6-1), then beaten in the first leg in the same stadium (2-1), AS Roma made up for it well at the Stadio Olimpico (4-0) in quarter-final second leg of the Europa League Conference. José Mourinho’s players were led by Zaniolo, author of a hat-trick (23rd, 29th, 49th), after opening the scoring by Abraham.

La Louve will face the foxes of Leicester in the semi-finals of this new European competition between clubs. Brendan Rodgers’ players were also stunning, this time in the same match: trailing 1-0 in Eindhoven against PSV, they scored two goals in the last quarter of an hour to qualify (2-1).

Cameroon in the final at home? Follow his match against Egypt live

the Blues challenge the Welsh Dragons in their lair