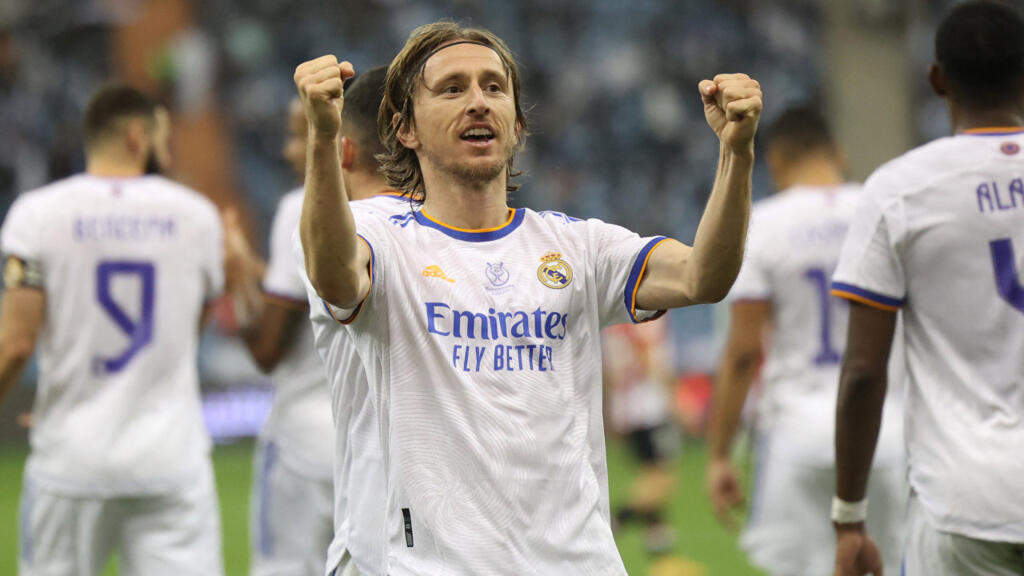 He is the genius that makes Real Madrid’s game smoother. Luka Modric has been the brains of the Merengue for ten years. The influence of the 36-year-old Croatian midfielder will be decisive on Wednesday in successfully eliminating Manchester City in the Champions League semi-final second leg in Madrid. A competition he has already won four times with the people of Madrid.

Four days after his title in La Liga, Real Madrid have only one thing in mind: to win their fourteenth Champions League. To do this, the Merengue will have to overthrow Manchester City, Wednesday May 4 at the Santiago-Bernabeu stadium, after the spectacular 4-3 in the semi-final first leg.

French international Karim Benzema, who is having the best season of his career, will obviously be his team’s number one asset. But the people of Madrid can also count on the flashes of Luka Modric to force fate.

At the club for ten years, the Mozart of Croatian football is still as essential and decisive in these major events.

And for good reason, this goldsmith of the laser pass, with exemplary slaughter and activity, remains at almost 37 years old one of the best European midfielders. His stainless technical finesse allows him almost every time to get his teammates out of a bad situation, while his vision of the game and his tactical knowledge give him the ability to temporize or speed up when the match scenario requires it, until tipping the game.

One of the most filled Meringue charts

The Ballon d’Or 2018 is also still capable of providing very high intensity efforts in midfield, as evidenced by the 120 minutes played in the previous round, in the quarter-final second leg against Chelsea. That night, he won the man of the match trophy. And for good reason: his fabulous opening from the outside of the right foot, his trademark, put Rodrygo in orbit and allowed Real to go into extra time. A gesture that will long be remembered by Madrid fans. And football lovers.

“Let it be framed at the Prado Museum!”, Enthused the Madrid daily As.

If, today, there is no shortage of superlatives in Madrid, when it comes to evoking Luka Modric, ten years ago, the opinions were much less glowing. The former Tottenham player, recruited at the time against thirty million euros, had even been voted the worst transfer transfer in the history of Real by Internet users of the influential Madrid newspaper Marca.

Since then, Luka Modric has silenced all the skeptics predicted by a short-lived stay at Real. The former refugee from the war in the former Yugoslavia now has one of the most successful Merengue records, including three La Liga, four Champions Leagues and four Club World Cups.

According to the Croats, his fabulous career is not due to chance, but to the evidence. Because the one who began his professional career in the ranks of Dinamo Zagreb, after having studied at NK Zadar, was predestined to shine.

“He was an idol for those of his generation, a leader, a darling. The children already saw in him what we see today,” said Josip Bajlo, his coach at NK Zadar, after his foal’s victory at the Ballon d’Or in 2018.

An intuition that has not been denied, since Luka Modric took Croatia, a country of 4 million inhabitants, to the final of the 2018 World Cup. Despite the defeat against France, the captain of the selection had been voted best player of the competition organized in Russia.

“Luka doesn’t play football, he preaches it! You shouldn’t comment on his game. You just have to watch and admire it”, enthused Mario Stanic, former international, in the newspaper Sportske Novosti after the World Cup.

“There is always a lot of skepticism about me, about my qualities, my style of play and my physique. [1m72, 66kg]“, explained Luka Modric in September 2020 to AFP. “It was said that I was too weak to reach the high level, but this adversity does not affect me, it motivates me even more”.

As influential in the Real locker room as on the lawn, Luka Modric arouses the admiration of his teammates. “At his age, he is better day by day,” said merengue defender Nacho, after qualifying for the C1 semi-finals, at the microphone of Movistar +. “He’s a role model for players and people in general. He’s getting old, but he looks like he’s the youngest in the team. I hope he will continue for many years with us. “

Precisely, at the end of the contract in June, he is in negotiations for an extension. Sign that it is considered essential by Real Madrid.

“I don’t know when, but I think he will finish his career here. If he wants to extend, there is no problem for us either. [le staff], nor for the club, recently entrusted his trainer Carlo Ancelotti. On the contrary, we all want to see him stay.”

Before that, Luka Modric, who has already played 105 C1 games (7 goals), has once again made history against Manchester City. Meetings he rarely misses.