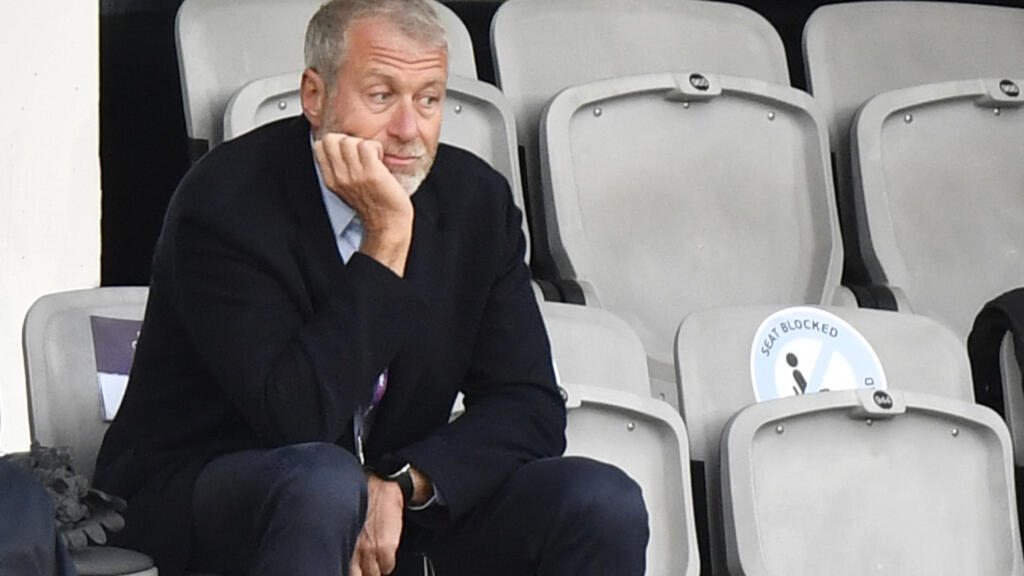 The sale of Chelsea Football Club is on hold following UK government sanctions against Roman Abramovich, the club’s Russian owner. The oligarchs “have the blood of the Ukrainian people on their hands”, justified the British Foreign Secretary.

The sale of Chelsea Football Club is suspended due to the sanctions announced Thursday, March 10 by the British government against its Russian owner Roman Abramovich, in retaliation for the Russian invasion of Ukraine.

The owner of the Premier League club is among seven wealthy and influential Russians close to the Kremlin sanctioned by the British government on Thursday.

Roman Abramovich, 55, had so far been spared the wave of UK sanctions against people and entities linked to power in Russia in the wake of the invasion of Ukraine.

He is now facing an asset freeze, a ban on dealings with UK individuals and companies and a travel ban.

>> To read also: Roman Abramovich, Russian oligarch and first of the football billionaires

First consequence: the sale of the Chelsea club which he announced last week citing “the current situation” is pending.

“The asset freeze restrictions also apply to all entities owned or controlled by Roman Abramovich. This means that Chelsea Football Club is now also subject to an asset freeze under UK financial sanctions,” it said. the government said in a statement.

The other oligarchs targeted by these sanctions are the billionaire and founder of the aluminum giant Rusal Oleg Deripaska, the general director of the Russian oil giant Rosneft Igor Sechin, the president of the VTB bank (the second largest bank in Russia) Andreï Kostin , CEO of energy company Gazprom Alexei Miller, chairman of oil and gas heavyweight Transneft Nikolai Tokarev and chairman of the board of directors of Bank Rossiya Dmitry Lebedev.

“Oligarchs and kleptocrats have no place” in the UK

“Today’s sanctions show once again that oligarchs and kleptocrats have no place in our economy or our society. With their close ties to Putin, they are complicit in his aggression,” the statement said. a statement from British Foreign Secretary Liz Truss about the Russian invasion of Ukraine. “They have the blood of the Ukrainian people on their hands. They should bow their heads in shame,” she added.

Roman Abramovich bought the English Premier League team in 2003 for 140 million pounds (168 million euros). Before deciding to sell, he had tried to save what could be saved by entrusting the day-to-day management of the club to the six directors of his charitable foundation at the end of February.

>> To read also: War in Ukraine: targeting the Russian oligarchs, a strategy condemned to make pschitt?

He also promised that the “net proceeds” of the sale would be donated to a charitable foundation for the benefit of “all the victims of the war in Ukraine”. But he ultimately did not escape British sanctions, which indirectly affect Chelsea.

“Given the significant impact” of the sanctions on the club, the government announced the publication of “a license authorizing the continuation of a number of football-related activities at Chelsea”.

“This includes permissions for the club to continue to play matches and other football-related activities, which will in turn protect the Premier League, the wider football pyramid, loyal supporters and other clubs.” , adds the government.

The UK government has estimated Roman Abramovich’s wealth at £9.4 billion. As well as owning Chelsea, Roman Abramovich has stakes in steel giant Evraz – whose stock fell on Thursday in London after sanctions were announced – and the Russian mining and processing of nickel and palladium Norilsk Nickel.

One of the other sanctioned oligarchs, Oleg Deripaska, has a multi-million pound property portfolio in the UK. His wealth is estimated at 2 billion pounds.

These sanctions are part of a series of retaliatory measures taken by the British government to affect the Russian economy.

“Today’s sanctions are the latest step in the UK’s unwavering support for the people of Ukraine. We will be ruthless in prosecuting those who enable the killing of civilians, the destruction of hospitals and the unlawful occupation sovereign allies,” Prime Minister Boris Johnson said in the statement.

The UK has already sanctioned more than 200 of Russia’s most important individuals, entities and affiliates since the February 24 invasion of Ukraine.

A law aimed at combating economic crime and “dirty money”, with Russian oligarchs close to the Kremlin in its sights, will come into force next week.

Basketball – NBA: Evan Fournier’s revelations on his arrival at the Knicks!