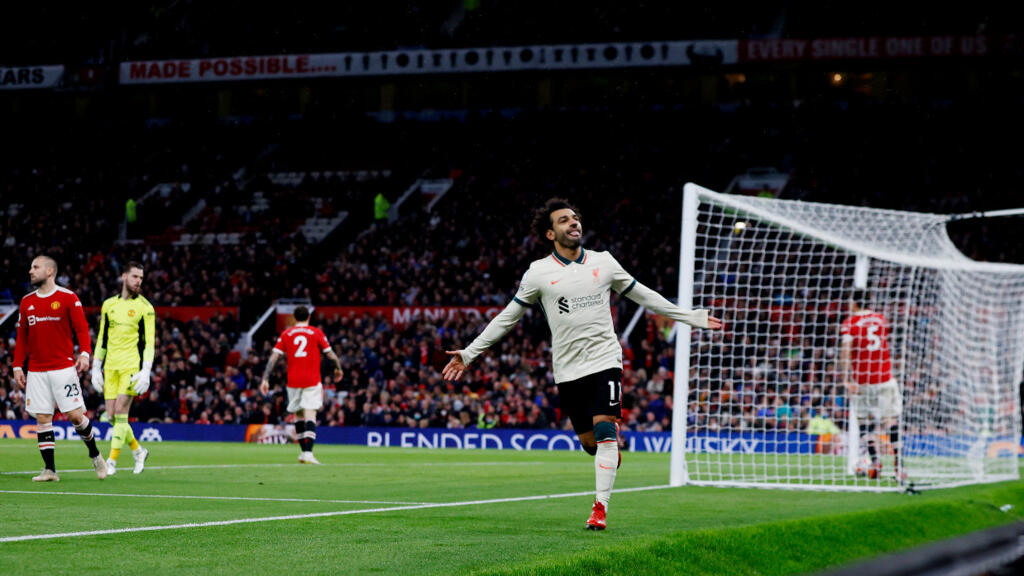 In a weekend rich in classics and shocks between European cadors, we will remember the thrashing inflicted by Liverpool to Manchester United (0-5), Sunday, the logical victory of Real Madrid on the lawn of Barça (1-2) and the draw between OM and PSG (0-0) during the classic played in the city of Marseille.

PSG’s offensive armada did not shine against Olympique de Marseille, Sunday, October 24, in the highly anticipated classic played in the city of Marseille, at the end of the 11th day of the French championship. For their part, despite the volcanic atmosphere of the Velodrome, the Marseille did not manage to take advantage of their numerical superiority, after the exclusion of Hakimi (57e), to win the three points against their rivals – and leader – Parisians. PSG’s dauphin, Racing Club de Lens, retained its second place after its clear victory at home against FC Metz (4-1). In the clash between OGC Nice and Olympique Lyonnais, the Aiglons showed character to beat their opponent of the day after being led by two goals until the 80th minute (3-2). At the bottom of the standings, in the middle of a crisis of results, AS Saint-Étienne, who pulled a draw with the taste of victory against Angers (2-2), is at serious risk after incidents occurred Friday at the Stade Geoffroy-Guichard.

Napoli, the undoubted leader with 8 wins in a row, let slip its first points since the start of the Italian championship against AS Roma (0-0), Sunday, in the clash of the 9th matchday of Serie A. A draw that benefited AC Milan, who fell to Bologna the day before in Emilia-Romagna (2-4), who joins the Neapolitans at the top. With 25 points, the co-leader has widened the gap with its rival, Inter Milan, which is seven points behind.

Against Juventus, the Nerazzurri saw all three points elude them on Sunday at home, thanks to a penalty converted by Paulo Dybala late in the game. A controversial penalty, awarded by the VAR, after several minutes of hesitation by the central referee when making his final decision. This draw that sanctioned a rather closed match does not arrange either formation. Notably the Bianconeri who, despite a return to the forefront sportively, vegetate in 6th place and remain 10 points behind the two leaders.

Real Madrid beat FC Barcelona (1-2), Sunday, at the Camp Nou during the clasico counting for the 10th matchday of La Liga. Very applied, Madrid won thanks to goals signed David Alaba and Lucas Vazquez. The only encouraging point for the Catalans, who have won only one of the last seven clasicos played at the Camp Nou (three wins for Real, three draws), is the first goal scored, in stoppage time, by “Kun” Agüero in the blaugrana shirt. In the other clash of the evening, Atletico Madrid, led by two goals apart in the 48th by Real Sociedad, managed to get back into the game thanks to the inevitable Luis Suarez (2-2). The Uruguayan scorer signed a saving double that did not prevent Real Sociedad from taking back the 1st place in the standings, with a point ahead of Real Madrid (who have a game late).

The highly anticipated clash of matchday 9 of the championship of England was a show of strength Liverpool, who ridiculed Manchester United (0-5), on Sunday at Old Trafford. With a hat-trick from Egyptian striker Mohamed Salah and a 4-goal advantage even before half-time, the Reds inflicted a memorable defeat on their historic rival, reduced to 10 after Paul Pogba was sent off, 15 minutes after his entry at the start of the second half. The win keeps Liverpool within one point of leaders Chelsea (22 points), who thrashed Norwich (7-0).  Manchester City, easy winners of Brighton away (1-4), are still ambushed in third place with 20 points on the clock.

On Saturday, on matchday 9 of the German championship, the three leading teams took all three points. Starting with the Bavarian leader, Bayern Munich, who only got a bite of Hoffenheim (4-0).  The insatiable Robert Lewandowski is obviously one of the scorers of the match. Bayern have a point ahead of Borussia Dortmund who won on the pitch of Bielefeld (1-3), despite the absence of their goalscorer Erling Haaland, who will miss several games due to a thigh injury. The only unbeaten team in the Bundesliga, Freiburg climbed to the podium thanks to its victory over Wolfsburg (2-0). The secret of the surprise of this start to the season lies in its defensive impermeability, with only 6 goals conceded in 9 games, the best defense in the championship.

Basketball – NBA: When LeBron James mocks criticism of the Lakers!

CAN-2022: Mali and Equatorial Guinea back to back, follow the round of 16