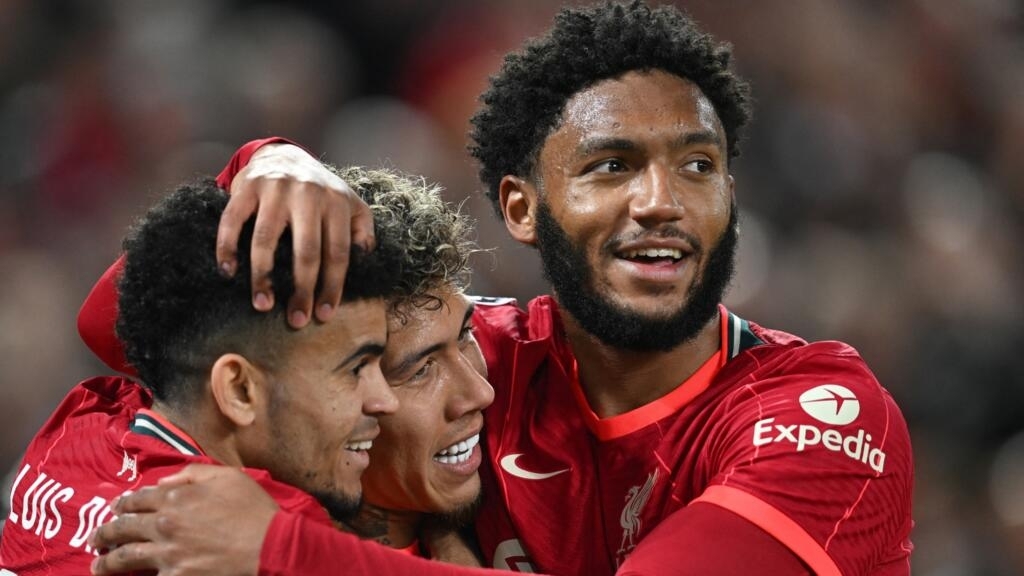 Liverpool qualified for the semi-finals of the Champions League on Wednesday after a goalless draw against Benfica (3-3). The English club will face Villarreal.

Liverpool did not flinch despite the deluge of goals to qualify for the semi-finals of the Champions League. Largely victorious in the first leg (3-1 in Lisbon)the Reds only had to resist Benfica with a revamped team (3-3) to join Villarreal in the next round.

Between two confrontations with Manchester City, one in the league (2-2), Sunday, and the other in the semi-final of the FA Cup next Saturday, Jürgen Klopp’s men juggle their goals and this match seemed like an opportunity to turn.

With a Joel Matip-Ibrahima Konaté hinge, flanked by Kostas Tsimikas and Joe Gomez, and Thiago Alcantara, Fabinho, Mohamed Salah and Sadio Mané on the bench at kick-off, the priority of the week given to the Premier League was visible.

The three goals conceded, however, suggest that this choice was not very wise. If the goal of Gonçalo Ramos (1-1, 32nd) is due to an involuntary back pass from James Milner, the other two, of the Ukrainian Roman Yaremchuk (3-2, 73rd) and Darwin Nunez (3-3, 82nd), are due to alignment errors.

However, we cannot say that Liverpool shook a lot during this match, nor over the whole confrontation.

With an attack line made up of Roberto Firmino, surrounded by Luis Diaz and Diogo Jota, the offensive power of the locals remained very consistent and was enough to ensure qualification.

As in the first leg, Konaté opened the scoring with a header and a corner (1-0, 21st). In the second half, Firmino converted, at the far post, two offerings from Diogo Jota (2-1, 55th) and Tsimikas (3-1, 65th) to put the Reds in a very comfortable position.

The Reds aim for a quadruple

There was indeed a goal by Nunez in added time invalidated by the VAR and which would have offered a prestigious success to the Portuguese, but it is the club from the banks of the Mersey which enters the last four on all the two matches.

He will face the Spanish club of Villarreal who created the surprise by leaving Bayern Munich (1-0, 1-1), while the other half will pit Real Madrid against Manchester City.

However, Liverpool also have their eyes on other trophies, with the Premier League where they are only a point behind the Citizens with 7 games to play, and the FA Cup.

Already winner of the Coupe de la Ligue at the end of February, the Reds chase unprecedented quadruple but which leaves them no room for manoeuvre.