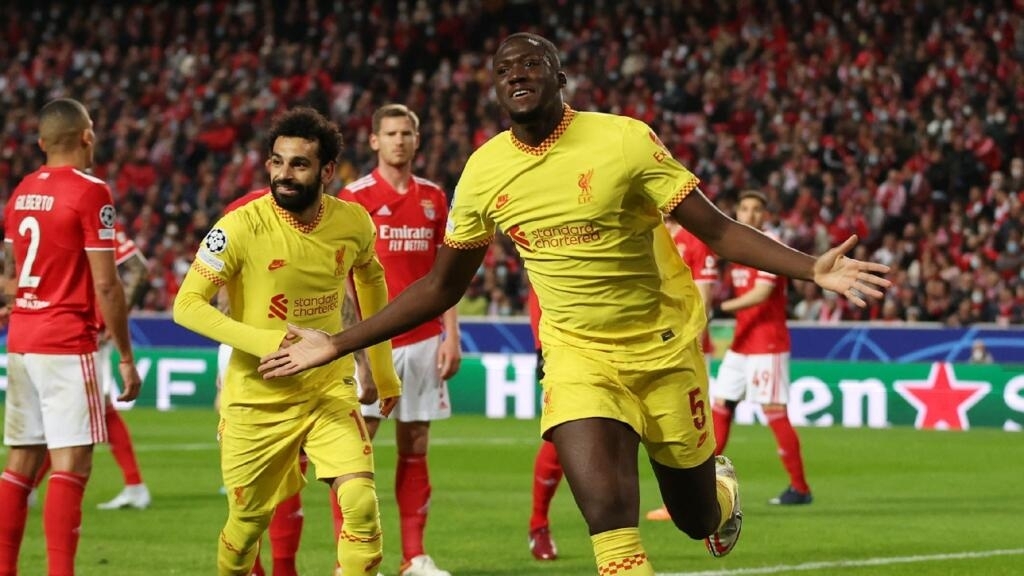 Liverpool FC dominated Benfica Lisbon (3-1) on Tuesday and thus approach the last four of the Champions League. The Reds will have to confirm in the return match on April 13.

Liverpool have taken a big step towards the last four of the Champions League by winning Tuesday, April 5 in Lisbon on the ground of Benfica (3-1), a result faithful to the superiority displayed by the English during this quarter-final first leg.

The Reds, winners of the Champions League in 2019 but eliminated by Real Madrid at this stage of the competition last season, opened the scoring from a corner by Ibrahima Konaté (17th), before Sadio Mané (34th) did the break before the end of the first period.

Taking advantage of a blunder from the same Konaté, Darwin Nunez reduced the gap at the start of the second period (49th), but Luis Diaz set the final score at the very end of the game, leaving little suspense for the return leg, on April 13 at Anfield Road.

At kick-off, coach Jürgen Klopp had chosen not to field his captain Jordan Henderson, perhaps to spare him before the return quarter of C1 but also before the double duel against Manchester City, Sunday, for a shock at the top of the Premier League, and six days later in the semi-final of the FA Cup. Three days later, a trip to the league at historic rival Manchester United awaits Liverpool.

The trip to Lisbon will not have complicated things too much for them, with Liverpool confirming their status as favorites on the pitch. After creating the danger by Salah (9th) then Keita (12th) the visitors logically opened the scoring from a corner, with an easy header from the young Franco-Malian Ibrahima Konaté (1-0, 17th), who thus scored his first goal for the Reds.

Benfica then tried to react, but did not manage to overcome the high pressing of the Reds, who recovered the ball in the opposing part of the field to launch successive attacks towards the Vlachodimos cage. The Greek doorman of the local team has also signed one of the best individual performances of his team, winning two duels against Mohamed Salah (24th, 45th), on the podium of the scorers of this edition with eight achievements.

Vlachodimos could hardly have avoided England’s second goal, when Liverpool right-back Trent Alexander-Arnold, fresh from a minor injury, placed a long ball through the head of Luis Diaz, who offered Sadio Mane his third goal of the season in the competition (2-0, 34th).

Returning from the locker room, the bubbling spectators at the Estadio da Luz believed in it again when the Uruguayan Darwin Nunez took advantage of a huge miss from Konaté in the middle of the penalty area to adjust goalkeeper Alisson Becker (2-1, 49th). It was then Becker’s turn to shine, deflecting a fine strike from Everton (61st).

Just as Benfica looked more threatening, Klopp took Salah, Mane and Thiago Alcantara out of the way, again suggesting he wanted to keep some reserve for this weekend’s game against City. But the German coach was right to rely on the mastery of his players, the Colombian Luis Diaz converting a nice deep pass from Keita (3-1, 87th) into a goal.

Tunisia, Mali and Egypt in pole position in Africa zone