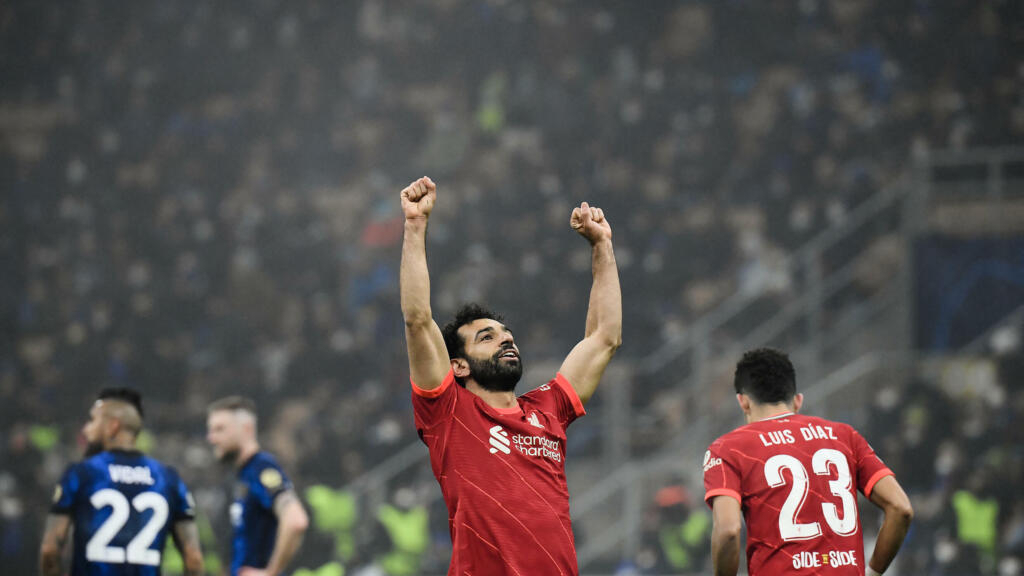 Liverpool fulfilled their mission by going to dominate Inter Milan (2-0) on Wednesday in Italy, taking a big advantage before the return leg of the knockout stages of the Champions League, which will be less comfortable for Bayern Munich, hooked in Salzburg (1-1).

liverpool dominated, Wednesday February 16, Inter Milan (2-0) in the round of 16 first leg of the Champions League, while Bayern Munich got out in extremis of a bad step in Salzburg, thanks to an equalizing goal from Coman (1-1) in the last minute of their first leg.

On the lawn of Inter Milan, the Reds have indeed been able to be patient to make the difference, thanks in particular to the “coaching” of Jürgen Klopp, the German technician not hesitating to bring in four players before the 60and minute.

The first entrant, Roberto Firmino, is also the one who unlocked the game, with a skilful header at the near post, from a corner (75and). It was enough to open the score to release Mohamed Salah, not very dangerous during the meeting, but finally author of his 8and goal in seven C1 matches this season (83and).

Ten days after the CAN final lost by the Egyptian against his partner Sadio Mané’s Senegal, Liverpool did not miss their European comeback. Opposite, the Italian champions vibrated the crossbar of Alisson Becker thanks to Hakan Calhanoglu. But the Lombard club, absent from the final stages of C1 for ten years and the 2011-12 edition, finally cracked in front of its public.

After Paris SG’s success on Tuesday against Real Madrid (1-0) and Manchester City against Sporting Lisbon (5-0), the surprise of this first week of the C1 finals came from Austria, where the Bavarian neighbour, 150 km from Salzburg, was held in check.

The “Rekordmeister” had to whip until the 90and minute and a goal from Kingsley Coman to avoid a crushing defeat against an uninhibited Red Bull team. Carried by the unexpected Chikwubuike Adamu, scorer a few minutes after coming into play (21and), Salzburg believed for a long time to hold the feat, sending back to its demons the team of Julian Nagelsmann, exceeded on his sidelines.

The young technician has reason to complain, because his Bayern has already disappointed on Saturday, during the rout in Bochum (4-2) in the Bundesliga. It is an important setback for the partners of Robert Lewandowski, intractable in the group stage with six victories.

The Pole, already author of nine goals in C1 this season, has not often shown himself in a position to score, leaving the opportunities to his attacking partners. But Serge Gnabry and Leroy Sané have both failed many times, sometimes on the impressive goalkeeper Philipp Kohn, sometimes for lack of precision, under the eyes of German coach Hansi Flick, present in Salzburg alongside the UEFA boss. Alexander Ceferin.

Despite the tenure of four French internationals – Kingsley Coman, Corentin Tolisso, Benjamin Pavard, Lucas Hernandez, but not Dayot Upamecano – Bayern, winner of the 2020 edition, will not have the right to misstep the return match scheduled for 8 March.

The round of 16 first leg continues on Tuesday 22 and Wednesday 23 February, with the return of the defending champion, Chelsea, against Lille, or even an Atlético Madrid-Manchester United duel.