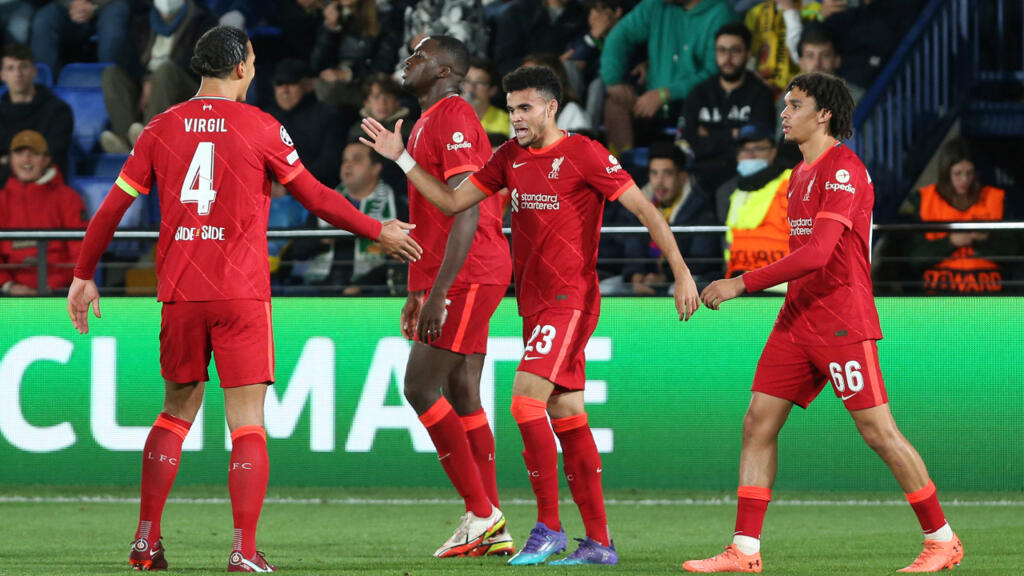 Back to the wall after the defeat conceded in the first leg of the Champions League semi-final (0-2), Villarreal believed, during the first half, to achieve an insane feat. But, although trailing by two goals, Liverpool ended up winning to qualify for the final with a saving jump.

Galvanized by their supporters massed in the Estadio de la Cerámica, Unaï Emery’s men started their semi-final return of the Champions League in the best possible way, quickly opening the scoring against Liverpool, from the 3and minute, by the Senegalese international Boulaye Dia. The former Rémois scored closely by taking over with a flat foot a center from Étienne Capoue, who had temporarily exiled himself on the right side.

Despite two new chances for Dani Parejo, who, from 25 meters, shoots wide (12and) and for Gerard Moreno whose recovery of the head is countered in time by Andrew Robertson (16and), the Reds kept a cool head.

They even tried to regain control of the game, to no avail. Because the high and constant pressing of the Villarreal players, and their repeated offensive raids ended up making them crack again with a goal 100% made in France. It is the work of midfielder Francis Coquelin who takes the lead, in the 41and minute, a new cross from the untenable Étienne Capoue. Two shots on target, two goals.

A few moments earlier, the Yellow Submarine could have benefited from a penalty following a contentious outing by goalkeeper Allisson at the feet of Giovani Lo Celso (37and), thrown towards the goal

Disappointing and harmless in the first leg, the Spaniards, convinced of being able to achieve the feat, showed another face and came back up to their opponents after just one half. And this, to the delight of Unaï Emery, melting in front of his bench. Applied in defense, incisive in attack, they succeeded, collectively, in foiling and shaking an unrecognizable Liverpool.

Returning with better intentions in the second period, and remobilized by the entry into play of Luis Diaz to replace a transparent Diogo Jota, the Reds confiscated the ball and even settled in the opposing camp.

Liverpool even touched wood on a blocked shot from Trent Alexander Arnold which ended up on the crossbar. A few minutes later, Luis Diaz, alone in front of goal, tries an acrobatic volley, but sends the ball over Geronimo Rulli’s goal.

Patients, Jürgen Klopp’s men ended up finding the fault, in the 62andthanks to a cross shot from Fabinho, eccentric on the right side, which passes between the legs of the Villarreal goalkeeper.

The restless Luis Diaz, again, almost added a second goal, but his blocked shot which grazed the right post of Geronimo Rulli (65and). It was only a matter of time, because the Colombian international, recruited this winter from FC Porto, achieved his goals by scoring a goal with a header (67and), following a cross from right-back Trent Alexander Arnold. Again, the ball slipped between the legs of the unfortunate Argentine goalkeeper from Villarreal.

Sentenced to take over the game in order to hope to play the C1 final, the yellow submarine, in the midst of a shipwreck, is KO standing. Like Geronimo Rulli who, after a risky exit far from his goals, offers Sadio Mané, on the lookout, the opportunity to score 3and goal in the empty goal of Villarreal (74and).

The Reds had several chances to add to the score, especially after the expulsion of Étienne Capoue in the 85and, following a second yellow card. Still, on arrival, Liverpool qualified for the final – which will be played on May 28 at Stade France, playing only one half. It will challenge Real Madrid or Manchester City who face each other on Wednesday.

between PSG and City, a budding rivalry between nouveau riche

JO-2022: in Beijing, athletes locked in a health bubble