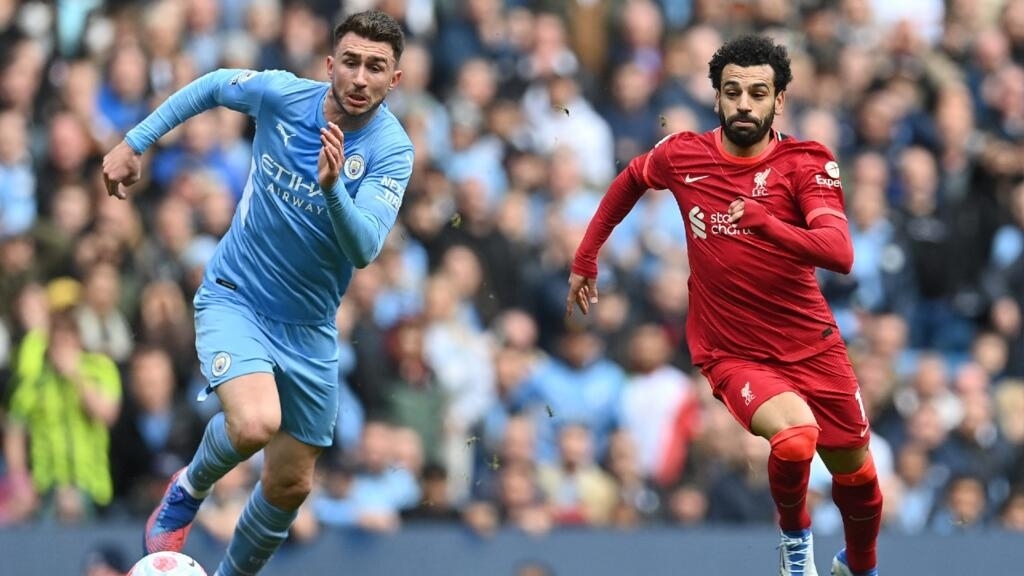 The Premier League clash between Liverpool and Manchester City on Sunday did not deliver a winner. In Ligue 1, Rennes and OM engage in a mano mano from a distance for the place of runner-up to PSG. In Spain, Real Madrid and FC Barcelona remain clinging to the first two places.

Marseille took second place in Ligue 1 from Rennes thanks to their victory against Montpellier (2-0) on Sunday 10 April. This 31st day was however unfavorable to Lyon and Nice, who moved away from the podium.

OM scored on their first two chances, thanks to Bamba Dieng (9th) and Cengiz Under (19th sp). The teammates of goalkeeper Steve Mandanda, a surprise starter, are maintaining their good momentum ahead of another decisive week, with the Europa League Conference on Thursday and above all, the “Clasico” of French football next Sunday at the Parc des Princes.

On Saturday, Rennes went to reap a precious success in Reims (3-2) which made them doubt at the end of the match. The Bretons thought they had taken shelter after a double from Benjamin Bourigeaud (39th, 43rd) and a new achievement from Martin Terrier (60th), but they trembled after the goals of Maxime Busi (60th) and Jens Cadjus ( 80th sp). Stade Rennes, which has achieved an impressive series of six wins and a draw with 24 goals scored in its last seven matches, has thus consolidated its place on the podium and is increasingly asserting itself as the team in form of this end of season.

Rennais and Marseillais are also the good operation of the day because Strasbourg, held in check by Lyon, and Nice, beaten in Lens, are now unhooked in the standings, pushed back to four and five points from the podium. The second place, directly qualifying for the Champions League, will probably be played between the two teams in form at the moment.

On the PSG side, the elimination of the Champions League is digested. Two hat-tricks from Kylian Mbappé and Neymar allowed Paris Saint-Germain to easily win at Clermont (6-1) and take another step towards a tenth Ligue 1.

Premier League: a shock at the top and a spectacular match but without a winner

As in the first leg, Manchester City and Liverpool were neutralized (2-2) after a thrilling clash on Sunday for the 32nd day of the Premier League. The two teams remain separated by one point, in favor of City, at the top of the standings.

Less aggressive than usual, especially in the first period, the Reds still managed to come back twice, Diogo Jota (1-1, 13th) responding to Kevin de Bruyne (1-0, 5th), so that Sadio Mané, well served by Mohamed Salah (2-2, 46th), erased the advantage that Gabriel Jesus had given back to his team (2-1, 36th).

The third resident of the podium, Chelsea, took revenge on Southampton after their stinging defeat against Real Madrid on Wednesday in the Champions League with a clear victory with the score of 0-6. A success where Werner and Mount will have notably scored a double each which allows them to keep 8 points ahead of Tottenham.

However, the North London club did a good job: Antonio Conte’s players took advantage of their victory at Aston Villa (4-0), combined with the defeats of their main rivals (Arsenal, Manchester United, West Ham) in the race for the Champions League, to settle alone in fourth place with three points ahead of the Gunners who, however, have a game to play, but handicapped by an unfavorable goal difference.

Bundesliga: Bayern in slow motion, Leipzig on the rise

Bayern snatched a sluggish 1-0 win over Augsburg in the Bundesliga on Saturday, and took little comfort ahead of Tuesday’s Champions League quarter-final second leg against Villarreal (1-0 defeat in the first leg).

Three days after its superb performance against Barcelona in the Europa League (1-1), Eintracht gave up at home 2-1 against Fribourg. Frankfurt is now five points from European places, five days from the end of the championship, while the victory of Freiburg allows it to consolidate its fifth place, directly qualifying for the group stage of the Europa League, three points from RB Leipzig .

The match was halted four minutes just after kick-off when two climate activists tied themselves to the goal posts with cable ties. They wore T-shirts that read, in German: “Last Generation – Stop the Fossil Fuel Madness”. The stewards untied them and escorted them out of the stadium.

Yesterday, during Freiburg’s victory over Eintracht Frankfurt (1-2), the match was interrupted for a few minutes after two environmental activists attached themselves to the goal posts defended by Kevin Trapp.@LakdarLaverte @astu93200 pic.twitter.com/aseJySTfFY


Unsustainable since January, Leipzig and its scorer / passer Nkunku swept Hoffenheim 3-0 on Sunday, score acquired at the break, to return to a point of the podium five days from the end of the Bundesliga. After 29 days, the RB has 51 points, still far from the leading duo Bayern (69 pts) and Dortmund (60 pts), but now on the heels of third Leverkusen (52 pts), held in check 0-0 in Bochum.

Serie A: AC Milan is worried, Fiorentina confirms its form

AC Milan leader hung at Torino (0-0) and Naples beaten at home by Fiorentina (2-3): Inter Milan (2nd), potential leader, made the good deal when they saw their rivals stumble on Sunday the day after his victory over Hellas Verona (2-0). Second two points behind the Rossoneri, the Nerazzurri are virtually in the lead, if they win their late match, to be played at the end of April in Bologna.

No goal scored and two small points taken in two matches: AC Milan, suspended leader, still displayed its offensive impotence, after having stumbled at home against Bologna (0-0) on Monday. Olivier Giroud again led the attack but without finding the flaw in the physical defense of Turin, not helped by the many technical errors of his partners.

Napoli’s dream of a first league title since the Maradona era was also weighed down by another defeat at home, in the stadium dedicated to the Argentine idol, against Fiorentina. Already victorious in Naples in January in the Italian Cup (5-2 ap), the “Fio'” won thanks to the Argentinian striker Nicolas Gonzalez (29th), to the first goal in Serie A of the Frenchman Jonathan Ikoné ( 66th) and Brazilian center-forward Arthur Cabral (72nd).

Fiorentina (7th) remains more than ever in the race for European places, even overtaking Atalanta Bergamo (8th), which confirms its bad run, with a new setback in Sassuolo (2-1).

Fifth place, qualifying for the Europa League, remains for the moment in the hands of Roma, who suffered to subdue in the last ten minutes at Olimpico la Salernitana (2-1), red lantern of Serie A.

Fright for FC Barcelona: the Catalans fought to overcome the red lantern Levante 3-2 at the end of an epic scenario Sunday for the 31st day of La Liga, but return to second in the standings, 12 points behind the leader, the Real Madrid, winner of Getafe 2-0 on Saturday.

The Catalans, asleep throughout the first period, were surprised on the return from the locker room by a penalty converted by captain José Luis Morales (52nd) after a foul by Dani Alvés on Son in the box, and came close to the worst with another penalty from Roger Marti stopped by Marc-André ter Stegen (56th) after a handball from Eric Garcia on a corner. The Blaugranas managed to reverse the situation in stride thanks to a super ball served left footed by Ousmane Dembélé on the head of Pierre-Emerick Aubameyang for the equalizer (59th), and thanks to the inevitable Pedri, who came into play seven minutes earlier in place of Nico, who took over a ball given back from Gavi (63rd).

But in the 83rd, Gonzalo Melero gave hope to his people, by transforming a new penalty, the third of the match for Levante, after Clément Lenglet clumsily crushed the foot of Dani Gomez in the surface a few seconds after his entry into play instead. by Dani Alves. And the outcome came in added time, in the 90th + 2: Luuk de Jong, who entered the game in the 84th in place of Pierre-Emerick Aubameyang, converted with a header a ball centered by Jordi Alba to deliver Barça , and bury the hopes of Levante.

For Levante, the disillusion is terrible: the red lantern in the classification tied on points (22) with Alavés, glimpsed the possibility of a prestigious victory against the illustrious Barça of Xavi after beating Villarreal of Unai Emery last weekend … but ended up losing, and will still have to fight for maintenance during the remaining seven days. The “Granotas” remain seven lengths behind the first non-relegation player, Mallorca, surprise winner of Atlético Madrid on Saturday (1-0).

CAN-2022: at the Brasseries du Cameroun football school, we are preparing the next generation of the Indomitable Lions