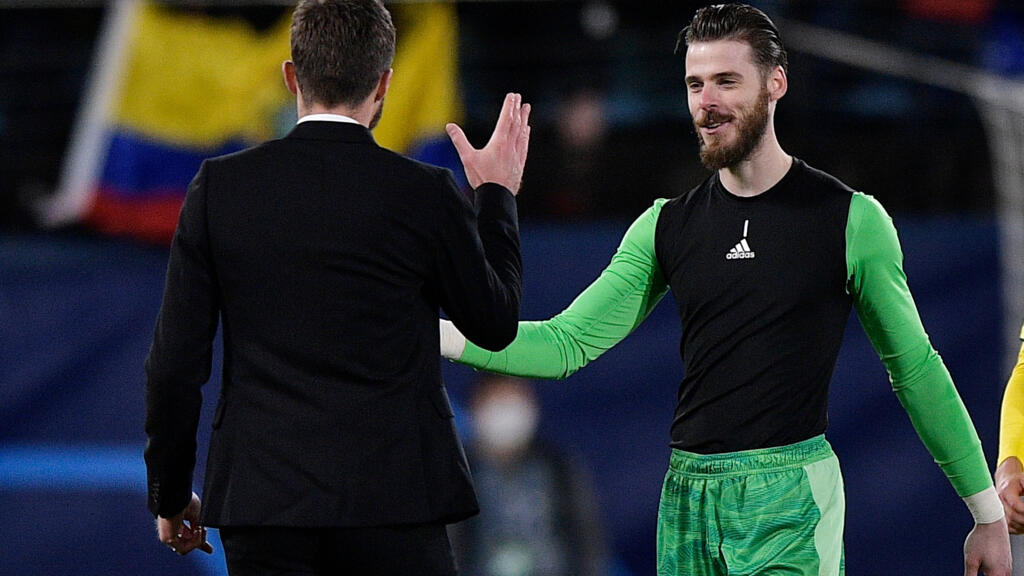 Lille beat Salzburg on Wednesday to take the lead in their Group G while Manchester United and Chelsea advanced to the knockout stages of the Champions League.

Badly started after three days, Lille took the lead of their Champions League group by beating Salzburg (1-0) and can hope to qualify for the eighth, as Manchester United did with their new coach. The Red Devils won at Villarreal (2-0) for the first on the bench of interim Michael Carrick, after the dismissal of Ole Gunnar Solskjaer. Chelsea also qualified by correcting Juventus Turin (4-0), which was already in the round of 16.

What a return from Lille! In the tightest group, the G, there are only three points between the first and the last, Wolfsburg (5 points). But it is the Losc (8 pts) which does the right thing. With this first home victory in C1 in 14 matches, the Mastiffs will have their destiny between their fangs in the den of the Wolves, where a draw would be enough for them to get out of the hens for the first time since 2007.

Everything also remains open in the Salzburg-Seville duel. The Andalusians (6 pts) returned to a length of Red Bull (7 pts) by beating Wolfsburg (2-0).

A little earlier, Manchester United experienced the first effect of the change of coach. For the first match since the dismissal of Ole Gunnar Solskjaer, ManU has long turned its back against Unai Emery’s “yellow submarine” before stinging by Cristiano Ronaldo (78th), as usual, and locking qualification on a counter concluded by Jadon Sancho (90th).

Atalanta Bergamo took advantage of Villarreal’s spot and his spectacular draw at Young Boys Bern (3-3) to take second place, one point ahead, before receiving the Europa League holder for the last day.

While interim Carrick succeeded in his hazing on the bench, Xavi released a pale 0-0 against Benfica for his first on the bench for Barca in the Champions League. The Catalans dominated, but Switzerland’s Haris Seferovic missed an incredible heist ball in the final minutes, after having subtly erased André ter Stegen. Barça keeps two steps ahead of the Lisbon giant, but he loses the direct confrontation (3-0 in the first leg) and must go to the invincible Bayern while Benfica will receive Dynamo Kiev, eliminated.

Group H did not spare a lot of suspense. As expected, Chelsea and Juventus Turin have qualified. The European champions took their revenge for the first leg by beating Juve (4-0) with goals from their young guard, Trevoh Chalobah, Reece James and Callum Hudson-Odoi and Timo Werner. Chelsea returned to the height of the Old Lady with 12 points, but took first place by dominating the direct confrontation (1-0 in the first leg for Juve).

In the other match of the group, Malmö FF scored their first goal in the competition but let themselves go by Zenit (1-1), on a penalty at the very end of the match from Yaroslav Rakitskyi, while Saint- Petersburg had played ten for five minutes and the second yellow card to Dimitri Chistiakov. Zenit will play the Europa League, Malmö, an unfortunate finalist of the C1 in 1979 against Nottingham Forest (1-0), is eliminated from the European cups.

after qualifying, Emma Raducanu achieves the feat of winning a Grand Slam