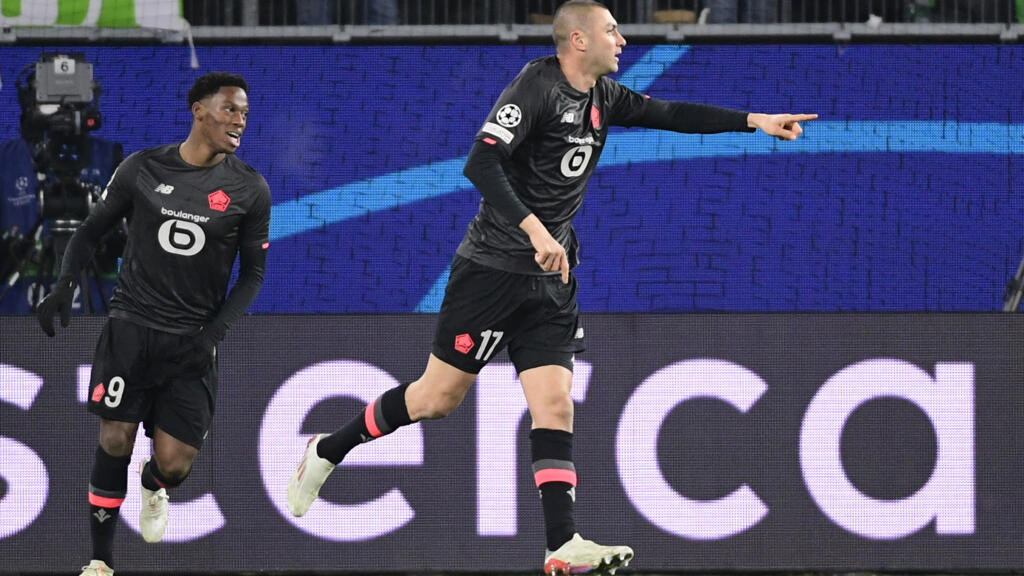 Thanks to a solid victory against Wolfsburg (0-3), Lille consolidated its first place in Group G and qualified for the knockout stages of the Champions League for the second time in club history.

Fifteen years later, Lille is back in the knockout stages of the Champions League. Thanks to his brilliant victory against the Germans of Wolfsburg (0-3), the men of Gourvennec ensured their qualification and, icing on the cake, consolidated their first place in Group G.

Aware of what is at stake, the 2021 French champion makes a serious start to the game. Gathered behind, the Lille leave little space to their evening opponent. The Mastiffs let it come and are overwhelming against. Ikoné goes up the field before crossing. Jonathan David is too short, but Burak Yilmaz followed and crucified Casteels (0-1, 10e).

Wolfsburg is trying to come back. Paulo Otavio strides on his left flank and places a superb large bridge over Çelik before crossing. The Lille defense dismisses (23e). Arnold rolls up a free kick and sends the ball to the head of Weghorst who manages to frame. Insufficient to worry Grbic (28e).

Lille is moving back

Yilmaz tries to retaliate with a free kick after a collision to the left of the area with Lacroix. He rolls up a strike with his right foot, which Casteels easily blocks near his post (35e).

The people of Lille are cornered and leave the monopoly of the game to the Germans. A big alert before half-time reminds Lille that their advantage is fragile. Arnold takes care of a new horn which Weghorst deflects with a header at the near post. Reinildo clears his line (43e).

Against the tide of the match, Ikoné distinguished himself shortly after half-time. The number 10 accelerates before transplanting in the axis and to release a powerful lobe of 20 meters. Casteels relaxes to deflect the ball from a tap (53e).

Mbabu and Arnold push to equalize, but it is the Mastiffs who get the chances. Casteels completely misses a clearance near the sideline. Lille recovers and Ikoné passes to Yilmaz who finds himself facing an empty goal. The Turk is countered by an opponent (64e). Just like his next strike, a few minutes later (67e).

The Wolves eventually crack. On a big mistake from the Wolfsburg defense, the incoming Angel Gomes immediately throws Jonathan David, who finds himself alone in the penalty area. The Canadian only has to conclude, with a strike from the returning post (0-2, 72e)

On a collective movement of Lille, Angel Gomes plant the last nail in the coffin of the Germans (0-3, 78e). There will be no turnaround despite a goal in the last moments of Zack Steffen for the Greens (1-3, 88e)

Mastiffs can celebrate. Despite complicated beginnings, they are first in group G and thus seeded for the draw for the round of 16. Better than PSG therefore.