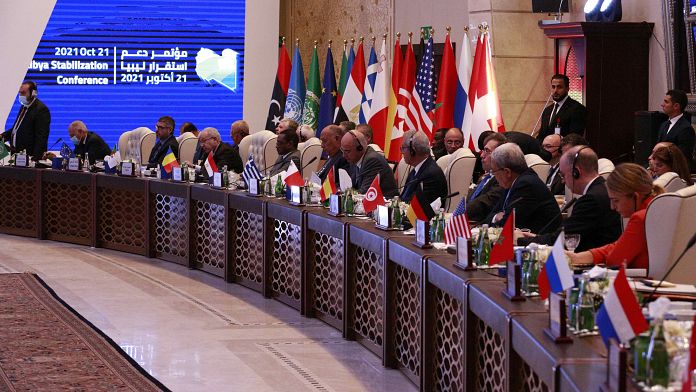 They all came to support stability in Libya. Representatives of about thirty states and international organizations” were in Tripoli on Thursday. After 10 years of chaos since the fall of Muammar Gaddafi and a conflict that has become internationalized, the country intends to turn the page and hold general elections crucial to its future.

Tripoli also reiterated its “refusal of foreign interference” in Libyan affairs and “attempts to sow chaos in Libya”. She promised that Libya would respect its human rights commitments.

“The Libyan Government of national unity is firmly committed to the country’s sovereignty, independence, regional security and national unity. It strongly rejects foreign interference in Libyan affairs and denounces attempts to violate the arms embargo and create chaos (…) __It is important to take the necessary measures to build confidence and create an appropriate environment to hold the national elections in an honest and transparent manner on 24 December 2021″ underlined Najla al-Mangoush, Libyan Foreign Minister.

After years of armed conflict and division between East and West, a new interim government was appointed earlier this year, under the aegis of the United Nations, to lead the country out of an internationalized conflict by leading it to a crucial presidential election set for 24 December and followed by a legislative vote.

While enormous political and security progress has been made, the ceasefire remains fragile. According to the UN, nearly 20,000 mercenaries and foreign fighters are still in Libya. Another major challenge is to unify the army under a single command. Two months before the election, the transitional government still has many problems to solve.

Covid-19: the impact of the pandemic on employment is “stronger than expected” according to the ILO

Interview with Afghan journalist, refugee in France after Taliban takeover