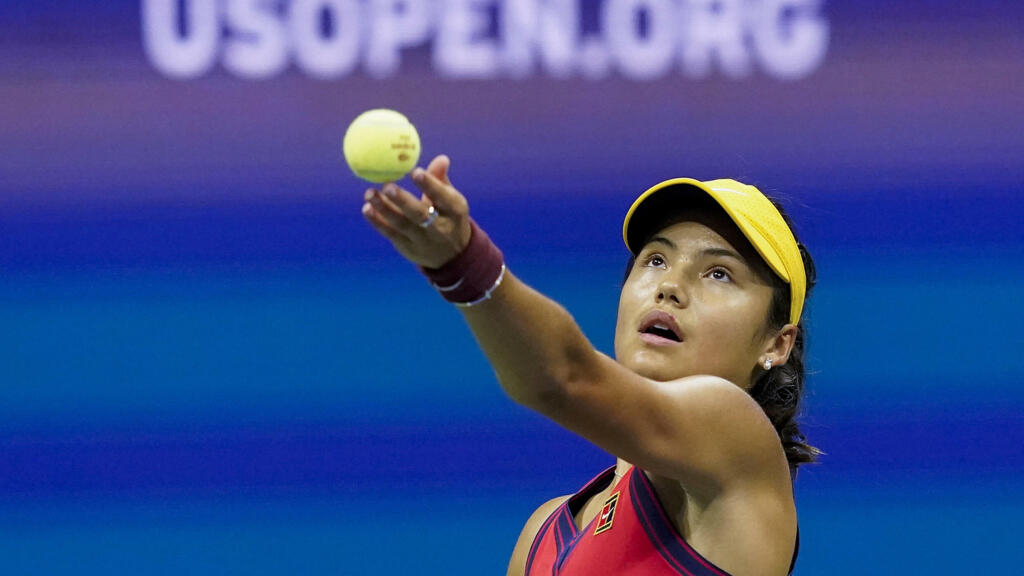 The Women’s final of the U.S. Open tennis will be played between two promising teenagers : Leylah Fernandez, 19, Canadian, will face Emma Raducanu, 18, British, from the qualification. The two players beat the 2nd and 18th world players respectively.

Raducanu, who beat Greek Maria Sakkari 6-1, 6-4 (18e) in the second half of the night session, became the first player in qualifying history to reach this stage of a Major. She is also the youngest since the Russian Maria Sharapova who was 17 years old in 2004, at Wimbledon. “I’m in the final and I can’t believe it,” reacted, radiant, the Londoner, after her new demonstration still full of control.

> & gt; Read on France24.com : Tennis: Emma Raducanu, the 18-year-old prodigy who dazzles at the US Open

Leylah Fernandez (73e) she fought much harder against Belarusian World No. 2 Aryna Sabalenka 7-6 (7/3), 4-6, 6-4. As in 3e round when she caused a sensation, eliminating the title holder Naomi Osaka (3rd) yet two points from a victory that everyone expected. As in 8e and in the quarter to get rid of the German Angelique Kerber (17eElina Svitolina (5e).

“I absolutely do not know how I did it ! I would say it’s thanks to the New York audience. He helped me today. He supported me. These are years and years of work, tears, blood and sacrifices. I’m so happy to be in the final,” she exclaimed with joy.

Raducanu vs. Fernandez was the first teenage final at a Major since the 1999 U.S. Open, won by 17-year-old Serena Williams over 18-year-old Martina Hingis of Switzerland.

In the meantime, it will be necessary for a new champion to add her name to the list of the US Open on Saturday. And if Raducanu seems the most impressive, having gone from so far in the tournament to get through each round with disconcerting ease and authority, Fernandez has shown a capacity for resistance and reaction in compromised situations that prohibit underestimating her.

The Briton, not a record close to breaking, could also become the first to win at Flushing Meadows without losing a single set since Serena Williams in 2014.

Sakkari, whose second Grand Slam semi-final after Roland Garros in June, paid the price and there was no fault of her, as her opponent sickened her in the game, outclassing her in a first set taken in twenty-eight minutes.

The second was a little more contested, but Sakkari saw most of her shots returned as a wall would, which inevitably pushed her to commit many direct fouls (33 against 17).

Earlier, Fernandez, who had never gone beyond the third round in six Grand Slam tournaments before this fortnight, made Sabalenka her third victim among the top five players in the world, after Osaka and Svitolina.

No one had achieved such Grand Slam scalps since Serena Williams at Wimbledon in 2012.

Favorite, given its status of 2e world number one Sabalenka first cracked in the deciding game of the first set, committing five straight unforced errors, including a completely missed smash and a double fault.

And Fernandez to raise with his arms the clamors of Arthur Ashe, already well behind her, while in the sound his name sounded in the voice of Eric Clapton, on the rock version of “Layla” when he sang it in his band Derek and the Dominos.

This did not disappoint the Belarusian, who was able to level at one set everywhere by continuing to be aggressive, with powerful forehand winners.

But Fernandez, who won the previous three matches by going one set behind, was still the strongest, her rival having collapsed on her last service game, with yet another direct error (52 in the final) and two consecutive double faults (8 in total).

Who would she prefer to play her final against ? “I don’t care ! I just want to play it !”, laughed Leylah Fernandez.

“Is there an expectation ? I came from qualifying, so without pressure, ” Raducanu laughed.

One thing is for sure, talent and carelessness have already triumphed at Flushing Meadows.