Antonio Rudiger, free on June 30 and not always extended by Chelsea, is among PSG’s priorities for the next recruitment periods. Leonardo, the sporting director of the Parisian club, is already active on this major track.

According to the indiscretions disclosed by the journalist Fabrizio Romano, Antonio Rüdiger would like to continue the Chelsea adventure. Only, discussions between the two parties have dragged on for months because of the salary requirements considered excessive. Looking for an additional central defender for compensate for the physical fragility of Sergio Ramos, the sporting director of Paris Saint-Germain has reportedly begun talks with representatives of Antonio Rüdiger.

Indeed, according to the revelations of Calciomercato.com, Leonardo would have come into contact with the Rüdiger clan with a view to an arrival in Paris this winter or next summer. PSG would be willing to offer him the salary of 12 million euros annually that he demands to sign. But the Paris SG is not alone in this blow.

“Rudiger is in talks with Juventus, Manchester City, Tottenham and even PSG who still need a defender. It is difficult for him to sign a new contract with Chelsea. He will join one of the four named teams”, revealed the Italian journalist Gianluca Di Marzio during an interview with the German media West Freunde. Leonardo will therefore have to be very convincing to hope to win the case in this case. Especially since the 28-year-old now seems to be heading for an inevitable departure from London.

Divorce between Chelsea and Antonio Rüdiger? 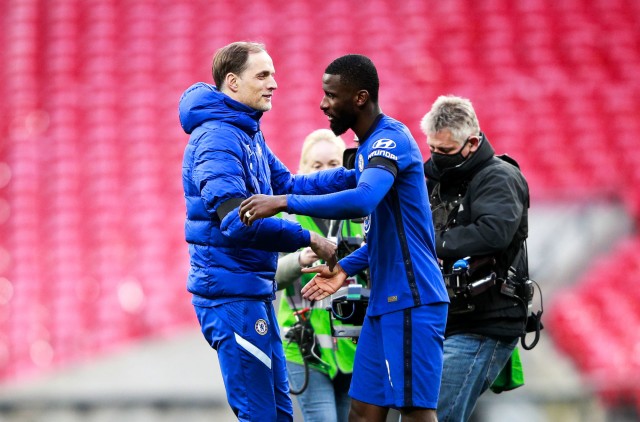 According to the information collected by the British tabloid The Athletic from sources close to the file Antonio Rüdiger, the representatives of the German international have already begun to find a new place for him. The management of the English club does not intend to accept the financial terms of the former Borussia Dortmund, who in turn does not also intend to lower his requirements.

By the way, Rüdiger would have already resigned himself to leaving the club coached by his compatriot Thomas Tuchel. To avoid a free start, Chelsea could bring themselves to place it on the market as early as the next winter. The Paris Saint-Germain could therefore strike another big blow after a summer of the most attractive.

Varane issues a warning to the Red Devils