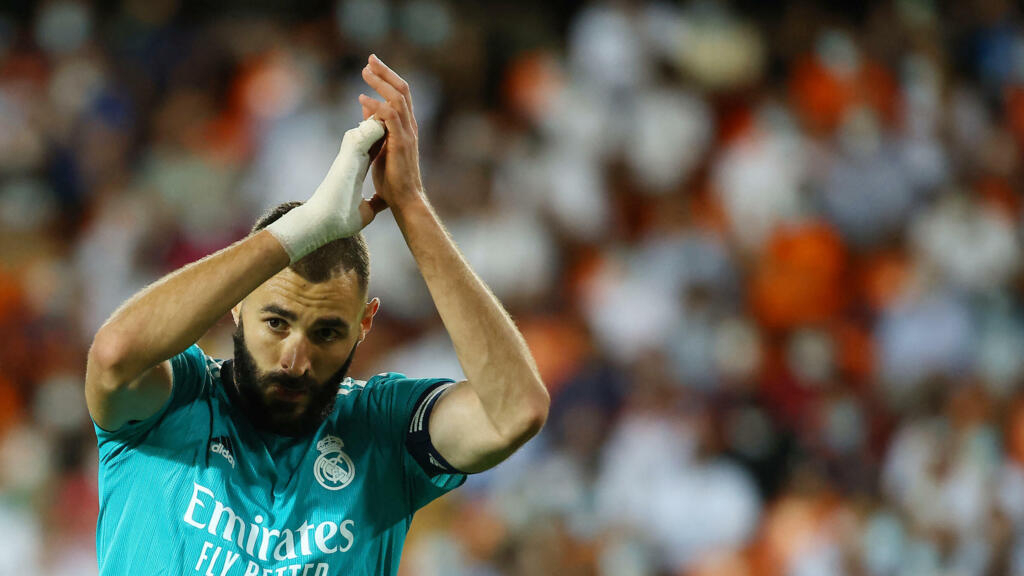 In France, PSG retained their invincibility by winning in extremis against OL. In England, Chelsea, Manchester United and Liverpool share the lead.

It is not enough to have a plethora of stars to win. PSG’s misadventure in Bruges in the Champions League proved it and OL almost recalled it in turn at the Parc des Princes. Despite the first start of the” Fantastic Four ” version 2021-2022 – Messi, Neymar, Mbappé and Di Maria –, Paris almost suffered its first defeat of the season in Ligue 1. Lucas Paqueta believed to do the hardest by opening the score (53e), but Neymar got and converted a penalty (65e S. P.). Then Kylian Mbappé ripped off to serve the substitute Icardi (90e+3), fantastic downgraded but evening savior.

The evening was also enlivened by extra-sporting whirlpools. Coach Mauricio Pochettino decided to the 76e minute to bring out his compatriot Lionel Messi. A decision that has obviously tasted little the Argentine living legend, refusing to clap the technician’s hand. He kept his face closed on the bench during the match, not celebrating Icardi’s winning goal. In a press conference, Pochettino justified : “We have to make decisions in relation to the good of the team. […] It can please or not please.”

On the other lawns of Ligue 1, the beautiful summer continued for OM, which maintained its good dynamics in front of his audience. The young Senegalese goalscorer Bamba Dieng, one of the revelations of the beginning of the season, scored his third goal in two league matches (47e), to launch the Phoceans. Rookie Amine Harit (71e) folded the case afterwards.

This success allows Jorge Sampaoli’s players (13 pts, one match less) to double Angers (11 pts), their next opponent, to take second place behind PSG (18 pts). The Sco lost for the first time this season against Nantes.

Unbeaten since the beginning of the season (with one game less), the Nice missed the opportunity to fly higher : the draw against AS Monaco (2-2) denied them from the podium. The Monegasques (14, 5 pts), they are reassured, after a difficult start to the season, especially their striker Wissam Ben Yedder who has finally unlocked his goal tally in the league.

After five Bundesliga days, Bayern, winners of the last nine editions, move to the top : Wolfsburg, leader until this week, was held at home on Sunday by Frankfurt (1-1) and relinquishes first place on goal difference.

Both teams are at 13 points, but Bayern, who atomized the promoted Bochum 7-0 on Saturday, counts a difference of +16 against +5 for the “Wolves”.

The good deal on Sunday, however, was achieved by Dortmund, who secured third place a length from the two leaders by beating Union Berlin 4-2 at home, with another double from Erling Haaland, still neck and neck with Lewandowski in the scoring standings.

Expected at the turn after their disappointment in Bern (defeat 2-1 against Young Boys), Wednesday in the Champions League, the Red Devils narrowly toppled West Ham (2-1) thanks to a last-second penalty save from David De Gea.

With 13 points, they have the same total as Liverpool and Chelsea, winners at Tottenham (3-0), but are third on goal difference (+9), behind the Reds and Blues (both +11).

After their spectacular victory against AC Milan (3-2) on Wednesday, for their entry in the Champions League, the Liverpool Reds have followed up in the league by beating the London club Crystal Palace.

Manchester City for its part was neutralized at home by Southampton (0-0).

Juventus and AC Milan neutralized (1-1) Sunday in the clash of the 4e Serie A day, a result that is more the business of the Rossoneri (2e) than Bianconeri, always without success and taped in the depths of the ranking (18e).

AC Milan were not the only team to drop points for the first time this season. AS Roma were also beaten by Verona (2-3). Two counterperformances that do the business of Inter Milan, provisional leader on goal difference, and Napoli (3e, 9 pts), who can take the lead alone if successful in Udine on Monday.

Juventus, meanwhile, remain far away, still in slow motion with only two points. Here she is 18e and relegated, equal points with Cagliari (19e).

Real Madrid retained their La Liga lead on Sunday after upsetting Valencia (1-2) at the Mestalla Stadium thanks to a late Karim Benzema goal. With 13 points, Carlo Ancelotti’s men are ahead of Atlético Madrid (2e with 11 points) and Valencia (3e with 10 points), and maintain their unbeaten league record with four wins and 1 draw.

Still led to the 86e minute (1-0), Carlo Ancelotti’s men made the difference in three minutes, thanks to Vinicius (86e) on a pass from Benzema, who then gave his club the lead (88e). The French international is at the top of the list of top scorers with six goals in five matches.

The fifth matchday of La Liga closes on Monday evening, with the match between Granada (17e) and Barcelona (10e), which must absolutely bounce back after the rout suffered against Bayern in the Champions League.