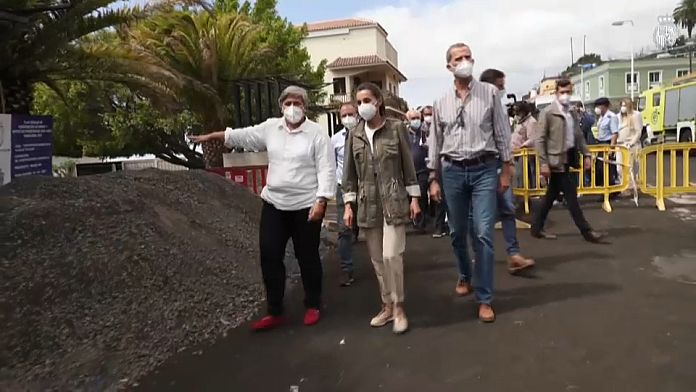 After Sunday ” s eruption, on the Spanish island of La Palma in the Canary Islands, one of the two lava flows from the Cumbre Vieja volcano stopped advancing. Not really good news : the molten rock could spread out more in the coming days and do more damage instead of pouring into the sea.

“It was terrible because we didn’t expect it, we didn’t feel it, tells of an evacuated woman, we ran to save our lives with only our clothes on our backs. At that time I was feeding my mother”.

The King of Spain and his wife visited the victims, more than 6,000 people had to leave their homes.

“There will be no shortage of help,” Felipe VI promised. All administrations are represented here and this commitment is very clear. They will do everything in their power, not only administrations but also private entities, and many altruistic citizens who want to lend a hand.”

Seismic activity on the island of La Palma is now “low”, but the volcano remains active, with a column of ash and gas reaching 4,500 meters above sea level.