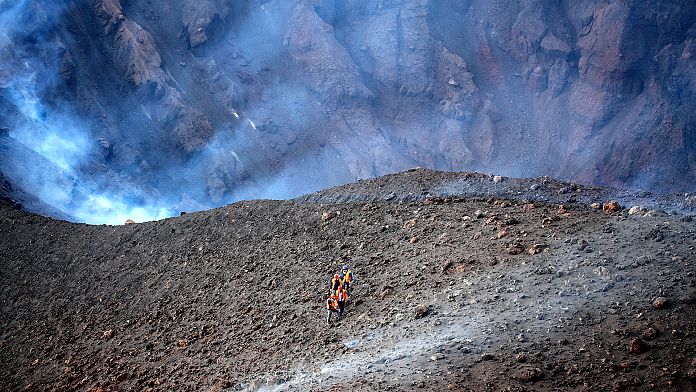 It was the longest volcanic eruption the Spanish island of La Palma has ever experienced. After 85 days of activity, the Cumbre Vieja volcano died out on December 13, and for the first time images show the volcano’s crater where toxic gases continue to escape.

According to volcanologists, even if the volcano has died out, it would be extremely dangerous to venture near the crater.

“There are still harmful gases. Where we are now, no gas is detectable, but if we got a little closer we would start breathing in sulfur dioxide. We would then have to wear protective masks,” warns Itahiza Dominguez, seismologist at the Spanish National Geographic Institute.

The Cumbre Vieja is now lethargic, its torrents of lava are black, frozen, hardened, and a thick layer of ash has settled like a black veil on the surface.

No deaths in island’s longest eruption

It was the longest eruption the island has known and the first in 50 years, after those of the San Juan volcano in 1949 and Teneguia in 1971.

Despite its duration and the impressive images of the molten lava flows, the eruption did not cause any deaths, but caused enormous damage: more than 7,000 people were evacuated, including around 500 still living in hotels. , and nearly 3,000 buildings were destroyed.

The Spanish government has so far pledged 225 million euros in aid funds for recovery efforts, including buying temporary accommodation and giving financial aid to people who have lost their jobs.