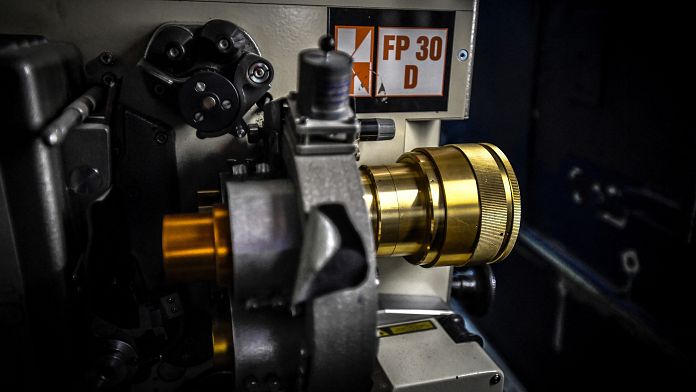 A few friends, a projector and a shop”s curtain. It doesn’t take much in Milan to recreate the magic of cinema. It is free and for everyone, an invaluable freedom, after the constraints of the pandemic.

“After two years of closure, explains Lorenzo Alliata Nobili, student and projectionist, I wanted to meet everyone on the street, without curfew or restrictions. It is a way to break down barriers”.

The idea is simple, and the organization of outdoor movie nights is also not difficult: everyone is on the ranks to help, bringing food, drinks, technical equipment. The nearby bar provides electricity and chairs :

“It was just an ordinary evening, tells Luca Lubrini, a friend of Lorenzo, we were sitting in that bar and, I don’t remember well, but we just wanted to watch a movie. We were about to go home to watch it, but we didn’t feel like going home yet and Lorenzo came up with the idea of taking his projector home and asking the bar owner to use his power sockets.”

Passers-by stopped, attracted by the beam of light projected against a shutter. Some joined the spectators, and this encounter soon became something special.

“We, the young, adds Lorenzo, we feel the urge to meet on the street, talk to each other and finally have a normal life, a life made of real human relationships, rather than Zoom meetings and streaming movies.”

On the menu of street cinema, the greatest Italian comedy films of the last decades, in order to please friends, but also strangers, who for the time of an evening, forget the difficult days.