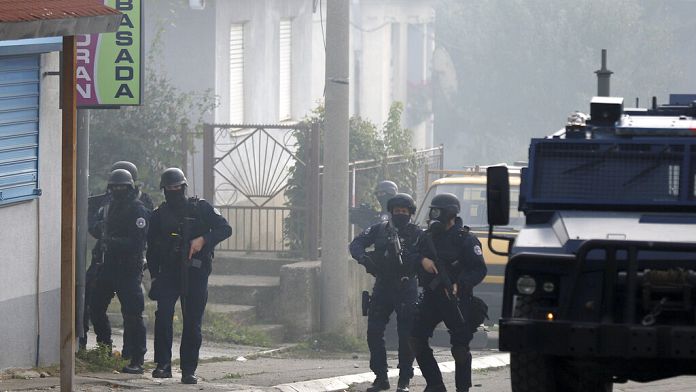 A climate of tension reigned on Wednesday in northern Kosovo, especially in Mitrovica, where clashes between Serb civilians and Kosovo police forces.

A police operation against Serbian smuggling

At the origin of this violence, a police operation targeting smuggled goods from Serbia. Local authorities reported several injuries on each side, including a Serb civilian who was shot.

Kosovo police have announced the arrest of eight people and the seizure of property worth hundreds of thousands of euros that entered Kosovo illegally without payment of taxes.

The incidents come two weeks after an EU-brokered deal between Serbia and Kosovo to end a flare-up of border tensions.

European diplomatic chief Josep Borrell called for an “immediate” end to the violence through his chief diplomat, stressing that “unilateral and uncoordinated actions that endanger stability are unacceptable.”

A steady climate of tension at the border

Pristina and Belgrade return the ball

Kosovo Prime Minister Albin Kurti said on Facebook that police operations were only aimed at crime, denouncing “some Serbian media that protect crime, corruption and smuggling and want to politicize and ethnicize them”.

Serbia has never accepted the independence declared in 2008 by its former province, which is recognized by most Western countries, and its relations with Kosovo, which is overwhelmingly Albanian, remain complicated.