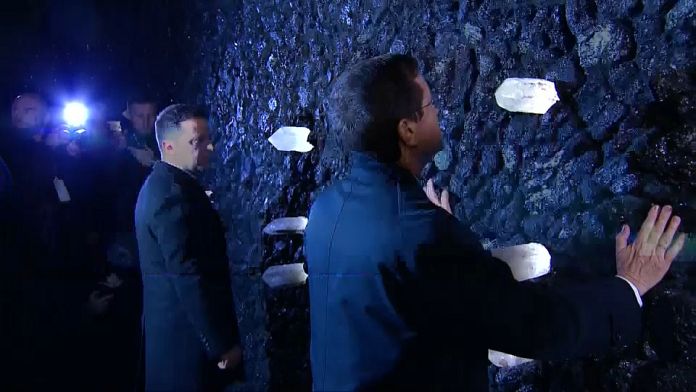 It”s a more unknown part of the history of the Shoah. Babyn Yar : 33,000 Jews shot dead in ravine in 48 hours. On Wednesday, Ukraine commemorated the 80th anniversary of the massacre. There, Jews were executed en masse until 1943. The site of the drama is the subject of work to create un great museum of the Holocaust by bullet but is already causing controversy.

“It will allow us to fully feel the horror, pain and suffering that are brought to humanity by Nazism, racism, anti-Semitism, xenophobia and intolerance. Unfortunately, this will not help those who were killed here – but it will help the living, those who should know, remember and tell their children and great-children“, judge Volodymyr Zelensiy, the president of Ukraine.

Ukraine is judged to be lagging behind on memorial policy. The project is therefore well received by politicians, but Iit does not go well with Ukrainian civil society and intellectuals. With high-tech video exhibitions and sculptures, he puts viewers in the shoes of the protagonists. Some critics already call it the “Disneyland of the Holocaust”. Another point of tension, the memorial is financed by a group of oligarchs, some of whom are close to the Kremlin.

In Austria, a cross-border health center to combat medical deserts