Author of a start to the season in fanfare with the LOSC, the Canadian forward Jonathan David could soon leave the Mastiffs to rally a Spanish cador, which makes it his priority transfer window.

Arrived in the North in 2020 for 27 million euros, Jonathan David has since delighted Lille fans. This season, the former player of the Ghent even makes a thunderous debut, with already 6 goals scored in Ligue 1, placing him top scorer of the championship on par with Gaëtan Laborde. Under contract until 2025 in Lille, the 21-year-old is coveted by the biggest European teams including Liverpool and Manchester United. If the two English clubs have been supervising the Canadian for some time, it is very likely that the latter will take a 360-degree turn, to rally the Spanish championship, where theAtlético de Madrid makes her eyes soft.

The 2021 La Liga champions are looking to rejuvenate their offensive sector and have already begun contacts with the player’s entourage. As the journalist puts it Gianluifi Dragone, Rojiblanco club insider, “Atlético Madrid’s sports management is following Lille’s Jonathan David very closely. The reports that the club has of the player are very good“. Antoine Griezmann’s club could thus activate as early as this winter to agree a pre-contract to the player in order to enlist him next summer. 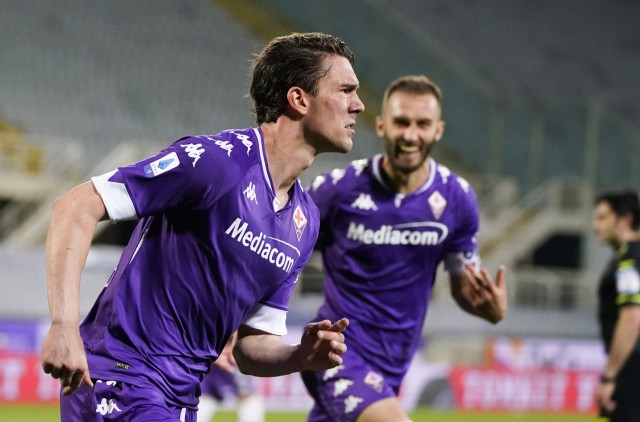 If the Colchoneros are seriously positioning themselves to recruit the striker of the LOSC, it is also to compensate for a possible failure in the file Dusan Vlahovic. The Fiorentina striker is the subject of strong lusts from Atlético since this summer, as well as other large English stables. If the file remained on stand-by after his club refused all proposals from Madrid, a surprising announcement made today could revive everything. The Florentine leaders have announced that their Serbian nugget will not extend to La Viola, and will leave at the latest at the end of his contract in 2023.

Petkovic to the exit? The verdict falls!