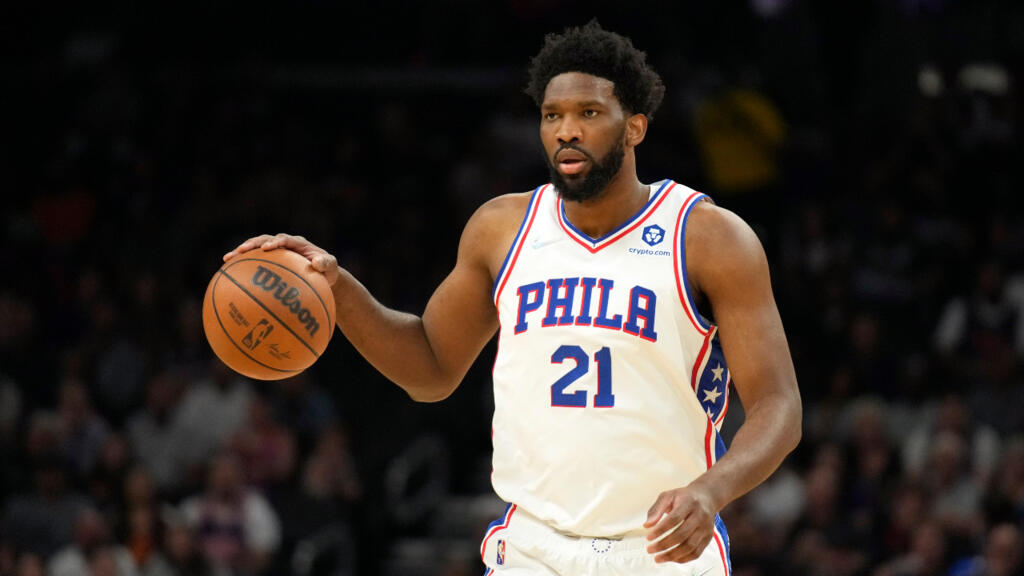 Joel Embiid, the Cameroonian pivot of the Sixers, has started the process of French naturalization and ultimately wishes to join the French team, silver medalist at the Beijing Olympics. An enticing perspective on the sporting level which is not unanimous, while the player, one of the best in the NBA, has no connection with tricolor basketball.

The Cameroonian Joel Embiid, in search of a French naturalization, will be, if he obtains it, selectable in the France team. But from there to seeing him play in Blue during the 2024 Olympics, there is a step far from being taken for the NBA starunattached to the hexagonal basket.

“He has started naturalization procedures and would then like to be able to play for France”, indicated, Tuesday, May 3, to L’Equipe Boris Diaw, the general manager of the selection, confirming information from RMC Sport.

On paper, the prospect of seeing the pivot of the Philadelphia Sixers (2.13 m), one of the very best in the world, a finalist for the MVP trophy in the NBA, where he finished this season as top scorer (30.6 pts from medium), carrying the hopes of the French Olympic title in Paris in 2024, is enough to arouse excitement.

But on this road, notwithstanding the complexity of the naturalization process – and therefore its feasibility – for the player born in Yaoundé, not living in France and having no family ties there, other difficulties would follow.

“Joel has no connection with French basketball. He did not play in France, he did not live in France. There is something incongruous in Joel’s affiliation with the France of basketball. one of the best basketball players in the world is not enough”, explains to AFP Jacques Monclar, basketball consultant for BeIn Sports.

Embiid and the Blues, the story is not new, however, since the first approaches with the French Federation date from 2016. Revealed two years later, they had aroused not very enthusiastic reactions, Evan Fournier considering in particular that “playing for a country with which you have no ties, it is disturbing”.

Naturalized players, there have been in Blue, from Crawford Palmer, silver medalist at the Sydney Games in 2000, to Joakim Noah, finalist at Euro-2011. And all of them, unlike Embiid, have had experience in French basketball, before donning the tricolor jersey.

“In some countries, there is a practice of the passport of convenience very far from the Embiid case, because he speaks French, he says he has an uncle and aunt living in France. So if the legal aspect is respected, I don’t see why, sportingly, we would do without him,” ex-coach Claude Bergeaud (2003-2007) told AFP.

The immense talent of the player, his power, his technique, his maturity at 28 make him a considerable asset.

“The coach that I was, of course, sees himself coaching Joel Embiid with Gobert, Batum, Fournier… But you have to take into account a lot of obstacles to overcome”, projects Jacques Monclar.

“First, we are talking about a player who has had a few injuries, so we will have to take out insurance for him to play at international level. He will have to accept the logistical aspect, the players spend a month in training with the France team before a competition, so the Sixers will also have to want to release him”, he develops.

“We are working on continuity with the Blues, too. I can’t see (coach) Vincent Collet knocking out the players who won Olympic silver in Tokyo. And we don’t know his ability to adapt, both in competitions Fiba and the game system. These parameters are important”, continues Claude Bergeaud.

“There is a risk of creating a change likely to destabilize the group, especially at the level of egos”, further adds Monclar.

“I can understand that it’s ethically disturbing, but from a basketball point of view (…) an Embiid Gobert racket, p…n!” Summed up the captain of the Blues Nicolas Batum in L’ Team Wednesday.

Embiid, with his attacking profile capable of playing on the outside, can form an explosive interior duo with Rudy Gobert, who shines above all for his defensive deterrence. At the Tokyo Olympics, Collet did not hesitate, at times, to associate “Gobzilla” with Vincent Poirier against the United States, successfully in the opening match (83-76).

I’m going to start playing 2/3 in EDF, apparently there are spots for the summer 😂


The latter, who joked on tweeting “I’m going to start playing 2/3 (back-winger) in EDF me”, could pay the price for the arrival of the Cameroonian in Blue. He is not the only one.

“If you take Joel, you take someone else. We also have Victor Wembanyama. But it would be a shame if he didn’t play the Olympics in Paris,” Monclar said of the 18-year-old strong winger. years, great hope of French basketball.

Messi once again becomes the highest paid sportsman in the world

Liverpool hooked by Benfica but in the last four