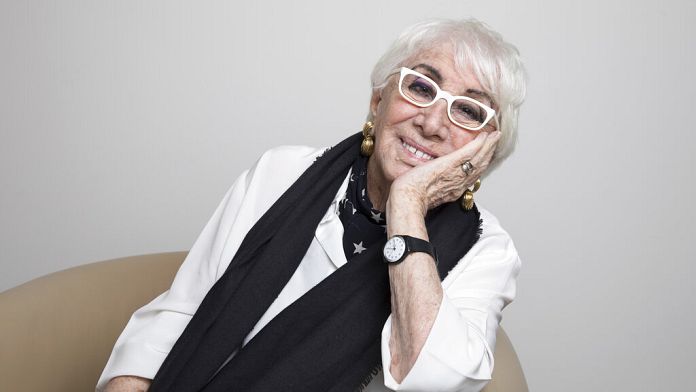 Filmmaker Lina Wertmüller, queen of Italian comedy and first director to be nominated for an Oscar, has died aged 93 on the night of Wednesday to Thursday.

“Italy mourns the loss of Lina Wertmüller, a director who with her class and inimitable style has left a lasting mark in our cinematography and on a global level”, greeted the minister in a press release.

This woman with a strong character and devastating humor, who began as Fellini’s assistant for his film “8 1/2” , remains, with Liliana Cavani, one of the rare women to have established herself in Italian cinema in the 1960s and 1970s.

It was the film “Mimi metallo wounded in her honor” (1972), a satire targeting the mafia and Sicilian mores, which made her known to the international public.

She continues in the same vein with “A Film of Love and Anarchy”, a political fable set in Italy during the rise of fascism. The film won Giancarlo Giannini the Best Actor Award at the Cannes Film Festival in 1973.

In 1974, still with Giancarlo Giannini, she released one of her most famous films, “Towards an unusual destiny on the blue waves of summer”, a satirical comedy in which the war of the sexes and the class struggle come together. This film will also be the subject of a remake in 2002: “Adrift” by Guy Ritchie with Madonna as protagonist alongside Adriano Giannini, Giancarlo’s own son.

Will follow “Pasqualino”, which addresses the theme of survival in concentration camps. In 1977, this film was nominated for Oscars in four categories and allowed Wertmüller to become the first woman nominated for the Oscar for Best Director, which was ultimately awarded to John G. Avildsen for “Rocky”.

In 2019, she received an Honorary Oscar for Lifetime Achievement.

Born in Rome on August 14, 1928, Lina Wertmüller, whose full name was Arcangela Felice Assunta Wertmüller von Elgg Spanol von Braueich, made in 1963 her first film, “I basilischi”, a work of neo-realistic inspiration awarded at the festival from Locarno.