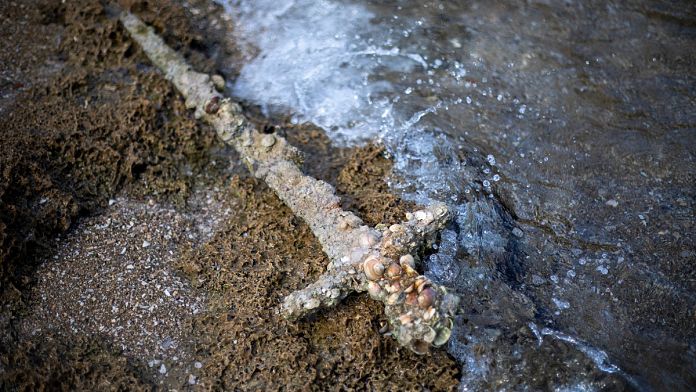 In Israel, a diver discovered a fascinating sword while exploring the waters 150 meters” off the coast of the city of Haifa. Shlomi Katzin, by the way, filmed her find, located at a depth of four meters.

According to the Israel Antiquities Authority (IIA), the meter-long object may have been 900 years old and belonged to a crusader knight.

Under the layer of coral and shells that covers it, the sword is in a good state of preservation. Archaeological materials “survive better underwater than on land“says Kobu Sharvit, director of the IIA archaeological unit.

“They are in an anaerobic environment, that is, without dioxygen. They are under the sand, far from the eyes of swimmers, divers, and even freedivers. And so the conditions are really good,” he adds.

After cleaning, the sword will undergo a thorough analysis. According to archaeologists, it could have belonged to a very physically strong knight, due to its heaviness. The discovery area, known for hosting ancient ships, is home to many archaeological treasures.

“Keeping love”, at the trial of the attacks of November 13, the poignant stories of the victims