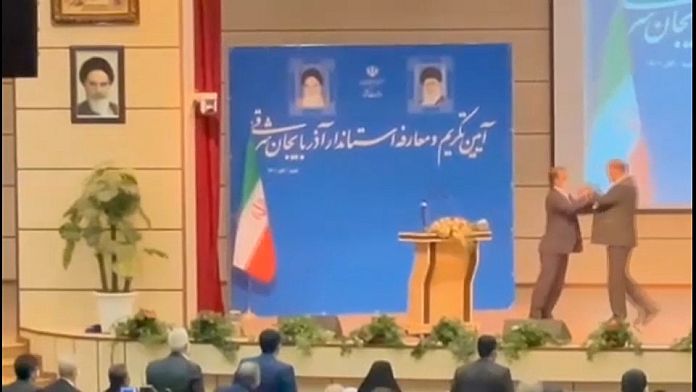 In Iran, the new governor of a north-west province was violently slapped Saturday by a stranger in the middle of “investiture ceremony. The images were broadcast by state television. A former Revolutionary Guard general, Abedin Khoram was speaking at the ceremony when a man of unknown identity took to the stage, walked calmly towards him before slapping him violently.

The Iranian Interior Minister was present during the incident. The aggressor was expelled from the room. According to some sources, he acted on personal grounds. An investigation has been launched.