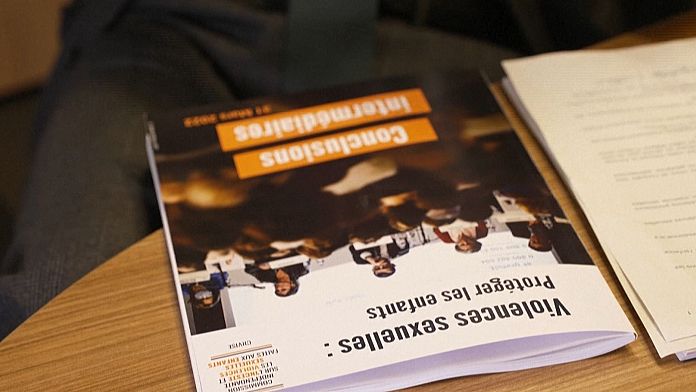 Protect children now: among its proposals published on Thursday, the Independent Commission on Incest and Sexual Violence Against Children (Ciivise) recommends in particular that doctors have a clear obligation to report their suspicions and that all victims have access to specialized care in psychotrauma.

“The urgency” is to come to the aid of the 160,000 child victims each year of sexual violence, according to the Ciivise, which calls for a profound change in the functioning of institutions to build a “culture of protection”.

Created by the government, the Civilizedwhose work started a year ago will continue until 2023, publishes its “intermediate conclusions” halfway through, with twenty recommendations on four axes: the identification of child victims, the judicial treatment of sexual violence, compensation in particular through treatment and prevention.

Doctor, teacher, children’s judge: any professional in connection with the child should ask him the question of the existence of sexual violence, without waiting for the child to talk about it himself. And report them in case of suspicion.

Doctors, particularly well placed to detect them, are at the origin of only 5% of reports, notes the report.

“We must establish clear standards for doctors: systematic identification and, if suspected, obligation to report”, explains the co-president of the Ciivise, the children’s judge Edouard Durand. In addition to medical secrecy and proximity to family, the risk of disciplinary proceedings “inhibits” doctors, he notes.

Complaints to the Bar Council

The Toulouse child psychiatrist Eugénie Izard was sentenced in December 2020 by the council of the order of doctors to a suspension of activity after reporting child abuse. The Ciivise recommends “suspending disciplinary proceedings against protective doctors”.

Chance of the calendar, a hearing of the Council of State is scheduled for Thursday on this decision of the order of doctors.

“The law is imprecise. Reporting is left to the free will of the doctor. But the abusive parents file a complaint with the council of the order. Many doctors are extra careful and avoid making reports,” said Dr. Izard at the AFP.

Once the sexual violence has been identified, “justice must put itself at the height of the child”, according to the Ciivise, which recommends that the hearings of children follow a specific protocol (NICHD) neutral and benevolent, in adapted devices (Uaped or rooms Melanie).

These hearings, the recording of which is already compulsory, should be systematically watched by all the magistrates during the procedure.

“They are not so because we, the magistrates, have the culture of the written file, of the transcripts of hearings. However, observing the fear, the disgust, the expressions of a child who evokes a scene does not have the same impact as to read them”, explains Judge Durand.

While 70% of complaints of sexual violence inflicted on children are dismissed, the Ciivise wants these decisions to be “explained verbally to the victim” by the public prosecutor.

Society must also guarantee victims specialized care in psychotrauma. If they are received early, in the year following the trauma, they can prevent the onset or aggravation of psychotrauma.

The Ciivise asks that the victim be able to appeal the criminal decision on guilt and sentence. Currently, as a civil party, she can only appeal on damages, not on guilt.

“If the defendant is acquitted or sentenced to a suspended sentence, only the prosecutor can currently appeal. The victim can only appeal on the amount of compensation”, explains Judge Durand.

The Ciivise reiterates two recommendations already made in October: the automatic suspension of parental authority and the right to visit of a parent prosecuted for incest on his child, and its systematic withdrawal in the event of conviction.

“Our recommendations are realistic and achievable, they can be implemented quickly and improve protection: seek out children in danger, fight against the impunity of aggressors and treat victims,” ​​said the co-president of the Ciivise.

In one year of work, the Ciivise received 11,400 testimonials. And 150 people testified at six public meetings organized across France.